FC Rostov will be the visitors at Fisht Olympic Stadium on Saturday for the Premier League game with hosts Sochi.

Scroll down for all of our predictions, poll and stats for the Sochi v FC Rostov game - along with the latest match odds.

Sochi are hoping to win again after their last result, the 1-2 Premier League victory versus Zenit St Petersburg.

In that game, Sochi had 47% possession and 17 shots at goal with 5 on target. For Sochi, goals were scored by Mateo Cassierra (67') and Sergei Terekhov (71'). At the other end, Zenit got 16 attempts at goal with 4 of them on target. Artyom Dzyuba (45') scored for Zenit St Petersburg.

It’s been seldom in recent times where Sochi have shown defensive steel. The facts show that Sochi have seen their defence breached in 6 of their previous 6 clashes, shipping 8 goals along the way. Still, we’ll just have to find out whether the trend might be replicated in this upcoming match.

Heading into this contest, Sochi haven't lost in the league to FC Rostov in their previous 3 matches.

FC Rostov will go into the meeting after a 1-2 Premier League win with the defeat of Lokomotiv Moscow in their last game.

The numbers tell their own story, and FC Rostov have been scored against in 6 of their last 6 games, conceding 10 goals in total. Defensively, FC Rostov have seen their frailties exposed.

The previous league meeting featuring the two was Premier League match day 21 on 06/03/2021 and the score finished FC Rostov 0-0 Sochi.

That time, FC Rostov managed 53% possession and 6 shots on goal with 2 of them on target.

Sochi got 8 attempts on goal with 2 of them on target.

There’s just the lone fitness concern for the Sochi boss Vladimir Fedotov to contend with from a near full-strength group of players. Marko Dugandzic (Unknown Injury) misses out.

Owing to a completely healthy group to pick from, the FC Rostov boss Yuri Semin has zero fitness concerns to speak of ahead of this match.

We feel that FC Rostov have it in them to score a goal against this Sochi team, but that probably won’t quite be as many as they will have scored against them.

We’re going for both teams to score in a 2-1 winning margin for Sochi at the end of the 90 minutes. 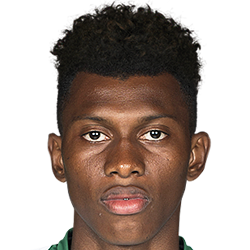 Generally deployed in the Striker position, Mateo Cassierra was born in Barbacoas, Colombia. Having played his first senior match for Deportivo Cali in the 2015 season, the talented Forward has bagged 2 league goals in the Premier League 2021 - 2022 campaign to date from a total of 4 appearances.

We have made these Sochi v FC Rostov predictions for this match preview with the best intentions, but no profits are guaranteed. Please always gamble responsibly, only with money that you can afford to lose. Good luck with your selections.