For all of our match predictions, pre-game poll and statistics for FC Rostov v Tambov, scroll down - plus the latest betting odds.

In their past 6 fixtures, Valery Karpin's FC Rostov have celebrated scoring 8 times, an average number of goals scored per match equal to 1.33.

Since suffering a loss in their previous game against Lokomotiv Moscow in Premier League competition, Tambov and their travelling supporters will be hoping that they can get a better result in this one.

In a total of 5 out of the previous 6 games featuring Tambov, three or more goals have been struck. The overall average goals scored per game during that time is 4, with the number of goals averaged by Tambov coming out as 0.5. That sort of trend might not be carried forward into this next game, however.

Going into this one, Tambov are without an away win for the past 8 league matches. Very poor, indeed.

The previous league clash between these clubs was Premier League match day 1 on 08/08/2020 when it ended Tambov 0-1 FC Rostov.

The referee was Stanislav Vasilyev.

FC Rostov boss Valery Karpin has a full complement, with no fitness worries whatsoever ahead of this game owing to a completely healthy group to pick from.

Thanks to a largely healthy group of players, there is just the lone fitness worry for the Tambov gaffer Sergei Pervushin to contend with. David Tosevski (Knee Injury) won’t be in action. Yuri Bavin will not be able to play in this game through being suspended.

It’s likely that Tambov could find it really hard going to break down a FC Rostov team who have the capability to dominate this game and make it count on the scoreboard.

We’re expecting a thumping 4-0 margin which could even be higher for FC Rostov at the end of this one. 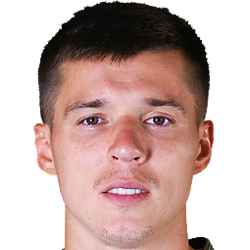 Regularly deployed in the Striker position, Dmitriy Poloz was born in Stavropol, Russia. Having made his senior debut playing for FC Rostov in the 2011 - 2012 season, the talented Forward has accumulated 6 league goals in the Premier League 2020 - 2021 campaign so far coming from a total of 26 appearances.

We have made these FC Rostov v Tambov predictions for this match preview with the best intentions, but no profits are guaranteed. Please always gamble responsibly, only with money that you can afford to lose.