Schalke arrive at HDI-Arena on Friday for the Bundesliga 2 showdown with home side Hannover.

Our full set of predictions, statistics and match poll for Hannover v Schalke can be seen below (including the best match odds).

Hannover go into this game following a 0-0 Bundesliga 2 draw against Nuremberg.

In that game, Hannover managed 54% possession and 12 attempts at goal with 1 on target. For their opponents, 1. FC Nürnberg got 15 shots on goal with 2 of them on target.

A recurring trait of more recent Hannover games is the number of nil scores.

From their previous 6 clashes leading up to this one, in 5 of them a bet on BTTS would have been a loser. That kind of pattern might not follow through here, however.

Coming into this fixture, Hannover have not beaten Schalke in their last 3 matches in the league.

Schalke will go into this clash after a 3-0 Bundesliga 2 win with the downing of Ingolstadt in their last outing.

In their previous 6 outings, Schalke have helped themselves to a tally of 11 goals. Schalke have also scored in every single one of those games. During that period, they have seen 7 goals go into their own net.

Coming into this meeting, Schalke have not been beaten in their last 2 away league matches.

An examination of their most recent head to head clashes going back to 04/12/2015 shows us that Hannover have won 1 of them and Schalke 4, with the tally of drawn matches being 1.

A total of 16 goals were scored between the two sides during those clashes, with 5 for Hannover and 11 belonging to Schalke. That’s an average goals per game figure of 2.67.

The last league game featuring these clubs was Bundesliga 1 match day 27 on 31/03/2019 and the score finished Hannover 0-1 Schalke.

That time, Hannover had 61% possession and 15 shots on goal with 3 of them on target.

Schalke had 6 shots at goal with 3 of them on target. Suat Serdar (39') was the scorer.

The Hannover boss Jan Zimmermann has zero fitness worries whatsoever coming into this game owing to a fully healthy group available for selection.

It seems to us that Schalke and Hannover won’t have much between them here, and goals could be hard to come by.

A scoreless draw looks like a real possibility, but we’ll see what happens. We’re therefore expecting a very even match with a 0-0 scoreline at the end of the 90. 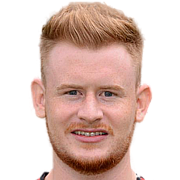 Regularly used in the Left Attacking Midfielder position, Sebastian Kerk was born in Bad Wurzach, Germany. After making a first senior appearance for Freiburg in the 2012 - 2013 season, the skilful Midfielder has hit 2 league goals in this 2. Bundesliga 2021 - 2022 campaign so far from a total of 8 appearances.

While we have made these predictions for Hannover v Schalke for this match preview with the best of intentions, no profits are guaranteed. Always gamble responsibly, and with what you can afford to lose. Good luck!