All Werder Bremen v Schalke match predictions, user poll and stats are shown below - plus the latest match odds.

Werder Bremen will be looking for another win after a 1-2 Bundesliga 2 victory vs Nuremberg.

In that game, Werder Bremen had 54% possession and 17 attempts at goal with 8 on target. For Werder Bremen, the goals were scored by Niklas Füllkrug (80') and Leonardo Bittencourt (88'). On the other side, 1. FC Nürnberg got 8 attempts on goal with 2 of them on target. Nikola Dovedan (19') scored for Nuremberg.

At least three goals per match were seen in 5 of the past 6 fixtures where Werder Bremen have participated. Their opponents scored 10 times in this period whereas Werder Bremen managed to get a total of 8.

Analysis of their past results shows that Werder Bremen:

Following on from being defeated in their last game at the hands of Darmstadt in Bundesliga 2 competition, Schalke will be hoping to turn things around here.

The trend of at least one side getting a clean sheet in games involving Schalke has become noticeable of late. Examining their last 6 meetings reveals that it has occurred 5 times. In those clashes, their opponents have managed a goal total of 6 while Schalke have scored 9. With no two games being the same, we will just have to wait and see whether that trend might continue on in this next game.

Ahead of this clash, Schalke have not been beaten by Werder Bremen when having played them away from home in the previous 2 matches in the league.

A look at their past head-to-head clashes going back to 08/03/2019 shows us that Werder Bremen have won 4 of these games and Schalke 1, with the number of drawn games being 1.

A sum of 18 goals were scored between them in these games, with 12 of them for Werder and 6 created by Schalke. That’s an average goals per game figure of 3.

The previous league game featuring these clubs was Bundesliga 1 match day 19 on 30/01/2021 which finished with the scoreline of Werder Bremen 1-1 Schalke.

On that occasion, Werder Bremen managed 48% possession and 15 attempts at goal with 5 of them on target. Their only player to score was Kevin Möhwald (77').

Schalke got 6 shots at goal with 1 on target. Omar Mascarell (38') scored.

The Werder Bremen boss Markus Anfang has a full complement, with no fitness worries to speak of before this clash with a completely healthy group available to select from.

With a fully injury-free squad to pick from, the Schalke manager Dimitrios Grammozis has zero fitness worries to speak of ahead of this game.

We’re of the opinion that Schalke will have to perform well to score against this Werder Bremen side who will likely win and very possibly keep a clean sheet.

We’re therefore anticipating a 1-0 win for Werder Bremen at the end of this game. 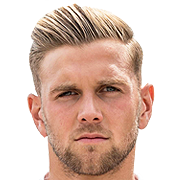 Regularly playing in the Striker position, Niklas Füllkrug was born in Hannover, Germany. Having made his senior debut playing for SV Werder Bremen II in the 2011 - 2012 season, the skilful Forward has netted 2 league goals in the 2. Bundesliga 2021 - 2022 season to date in a total of 12 appearances.

While we have made these predictions for Werder Bremen v Schalke for this match preview with the best of intentions, no profits are guaranteed. Always gamble responsibly, and with what you can afford to lose. We wish you the best of luck.