Schalke arrive at PreZero Arena on Saturday for the Bundesliga 1 tie with home team Hoffenheim.

All Hoffenheim v Schalke match predictions, user poll and stats are shown below (including the best match odds).

Hoffenheim enter this game coming off the back of a 1-1 Bundesliga 1 draw vs Freiburg.

Over their last six games, Sebastian Hoeneß's Hoffenheim have found the net a combined total of 6 times resulting in an average number of goals scored per match equal to 1.

Analysis of their past results shows that Hoffenheim:

After a loss in their previous game against Arminia Bielefeld in Bundesliga 1 competition, Schalke and their fans will hope to get a better result this time.

The numbers tell their own story, and Schalke have been scored against in 5 of their last 6 games, conceding 15 goals in all. At the back, Schalke have some weaknesses to address. Despite that, we will just have to wait and see if that trend shall be sustained in this next match.

Looking at their past form shows that Schalke:

Looking at the statistics for their head to head meetings going back to 17/02/2018, there is nothing to separate the two clubs with Hoffenheim winning 2 of those games, Schalke 2 and 2 being drawn in regulation time.

In all, 20 goals were produced between them in these games, with 10 from Hoffenheim and 10 being from Schalke. That is an average goals per game value of 3.33.

The previous league fixture featuring these sides was Bundesliga 1 match day 15 on 09/01/2021 which ended up with the score at Schalke 4-0 Hoffenheim.

Hoffenheim had 19 attempts on goal with 4 on target.

We’re of the view that Schalke should be able to get a goal against this Hoffenheim outfit, although it probably won’t be enough to avoid a loss.

We’re tipping a close game with a 2-1 winning margin for Hoffenheim when all is said and done. Let’s see what eventuates. 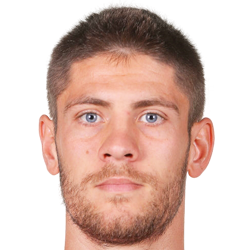 Customarily playing in the Striker position, Andrej Kramarić was born in Zagreb, Croatia. After having played his first senior match for Dinamo Zagreb in the 2008 - 2009 season, the gifted Forward has scored a sum of 17 league goals in this Bundesliga 1 2020 - 2021 season so far from a total of 25 appearances.

While we have made these predictions for Hoffenheim v Schalke for this match preview with the best of intentions, no profits are guaranteed. Always gamble responsibly, and with what you can afford to lose.