The Super League meeting at Stade de Tourbillon on Sunday sees hosts FC Sion fighting it out with FC Vaduz.

All FC Sion v FC Vaduz match predictions, user poll and stats are shown below (plus the best game odds).

FC Sion prepare for this match following on from a 1-1 Super League drawn result vs FC Zürich.

The only player to score from FC Sion was Luca Clemenza (12'). Blaž Kramer (39') was the scorer for FC Zürich.

FC Sion haven’t had any problems with scoring, netting every time they’ve gone out to play in their last 6 matches.

They’ve managed to rack up 10 during that period while seeing the number of goals scored against them stand at 12.

Ahead of this meeting, FC Sion have not been beaten in their last 2 home league matches.

The only player to score from FC Vaduz was Matteo Di Giusto (90'). Louis Schaub (24') scored for FC Luzern.

Looking at their form, and FC Vaduz have been scored against in 5 of their last 6 games, letting opponents get 9 goals overall. In defence, Residenzler have seen their frailties exposed. Let’s find out whether or not that trend can be continued on in this game.

A look at their previous results shows us that FC Vaduz:

A look at their prior head to head meetings stretching back to 27/08/2016 tells us that FC Sion have won 5 of them & FC Vaduz 1, with the number of draws standing at 0.

A lot of goals were also scored during this period, 26 in total which averages out at 4.33 goals per match.

The last league encounter between the two was Super League match day 13 on 20/12/2020 which ended up with the score at FC Sion 2-1 FC Vaduz.

Vaduz boss Mario Frick has to choose from a squad that has some fitness concerns. Boris Prokopic (Ruptured intraarticular ligament initiation in knee), Sandro Wieser (Unknown Injury) and Besart Bajrami (Nasal Bone Fracture) will miss out on this game. Ineligible players who cannot play in this game through suspension are Milan Gajic, Tunahan Cicek and Denis Simani.

For this match, we think that FC Vaduz will likely be able to score a goal against this FC Sion lineup, although it probably won’t quite prevent them from conceding a couple at the other end.

Our tip is for a 2-1 winning margin for FC Sion when the full-time whistle blows. Let’s just see how this one goes. 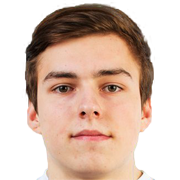 Mostly taking up the Striker position, Roberts Uldriķis was born in Rīga, Latvia. Having played his first senior match for FC Sion in the 2018 - 2019 season, the talented Forward has managed 3 league goals in this Super League 2020 - 2021 season to date in 13 appearances.

While we have made these predictions for FC Sion v FC Vaduz for this match preview with the best of intentions, no profits are guaranteed. Always gamble responsibly, and with what you can afford to lose. Best of luck.