The Super League tie at Stade de Tourbillon on Saturday sees home side FC Sion take to the field against FC Zürich.

Our FC Sion v FC Zürich predictions, statistics and match poll can be seen below (plus the best game odds).

FC Sion will want to continue from where they left off last time out with the 0-1 Super League victory vs FC Luzern.

It’s been a rare occasion in recent times where FC Sion have managed to hold out for a full 90 minutes. The facts show that FC Sion have been scored against in 5 of their previous 6 clashes, leaking 14 goals along the way. Previous results aside, we must now wait to see whether that pattern shall be sustained in this match.

FC Zürich go into this encounter following a 1-2 Super League win versus Servette FC in their previous fixture.

Looking at their form, and FC Zürich have been scored against in 5 of their last 6 matches, seeing their opponents hit 11 goals in all. Defensively, FC Zürich could really do with shoring things up.

Looking at their past form shows that FC Zürich:

If we look at their past head to head duels going back to 28/07/2020, it’s been all-even between these two clubs with FC Sion winning 1 of those games, FC Zürich 1 and 4 being draws in regulation time.

A combined sum of 20 goals were scored between the two sides in these games, with 9 from Sion and 11 created by Der Stadtclub. That’s an average goals per game of 3.33.

The last league clash between these clubs was Super League match day 9 on 03/10/2021 which finished with the scoreline of FC Zürich 6-2 FC Sion.

For their opponents, FC Sion had 14 attempts at goal with 3 of them on target. Filip Stojilković (33') scored.

The FC Sion manager Paolo Tramezzani will be happy not to have any fitness worries at all ahead of this match thanks to a fully injury-free group available for selection.

Due to a fully healthy group ready to go, the FC Zürich boss André Breitenreiter doesn’t have any fitness worries to report ahead of this game.

Our feeling is that FC Sion have the ability to score against this FC Zürich outfit, but one goal probably won’t be enough.

We’re going for a very close game with a 1-2 advantage for FC Zürich at full-time. Let’s see what eventuates. 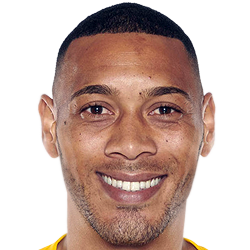 Generally deployed in the Striker position, Guillaume Hoarau was born in Saint Louis, France. After having played his first senior match for Havre AC in the 2003 - 2004 season, the skilful Forward has got 3 league goals in this Super League 2021 - 2022 season so far coming from a total of 7 appearances.

We have made these FC Sion v FC Zürich predictions for this match preview with the best intentions, but no profits are guaranteed. Please always gamble responsibly, only with money that you can afford to lose.