Return to this page a few days before the scheduled game when this expired prediction will be updated with our full preview and tips for the next match between these teams.
Full-Time Result Prediction
👉
Grasshopper Club Zürich to Win

The Super League clash at Stadion Letzigrund on Sunday will see hosts Grasshopper Club Zürich ready themselves for the challenge from opponents FC Sion.

Grasshopper Club Zürich prepare for this fixture following on from a 1-1 Super League stalemate vs Lugano.

Heading into this contest, Grasshopper Club Zürich haven't been defeated in their previous 2 league matches at home.

Following on from being defeated in their last game at the hands of BSC Young Boys in Super League competition, FC Sion and their travelling supporters will be hoping that they can get a better result in this one.

In as many as 5 of the previous 6 clashes involving FC Sion, three or more goals have gone in. The overall average number of goals per game in that time is 3.17, with the number of goals averaged by FC Sion standing at 1. We will have to find out if that trend will end up being sustained into this next match.

A look at their prior head-to-head meetings stretching back to 21/10/2018 shows that Grasshopper Club Zürich have won 2 of these & FC Sion 3, with the number of drawn games being 1.

16 goals were scored between them in this period, with 6 of them from GCZ and 10 netted by Sion. This gives an average number of goals per game equal to 2.67.

The previous league meeting between the two was Super League match day 19 on 30/01/2022 when it ended FC Sion 2-0 Grasshopper Club Zürich.

In that match, FC Sion managed 42% possession and 16 shots on goal with 7 of them on target. Their only player to score was Jan Bamert (29').

Grasshopper Club Zürich got 8 attempts at goal with 1 on target. Noah Loosli (69' Own goal) scored.

In this match, FC Sion will likely be able to put a goal past this Grasshopper Club Zürich team, however that isn’t expected to be as many as the goals that they could concede.

We’re expecting a close game with a 2-1 advantage for Grasshopper Club Zürich after the 90. Could easily see this go either way. 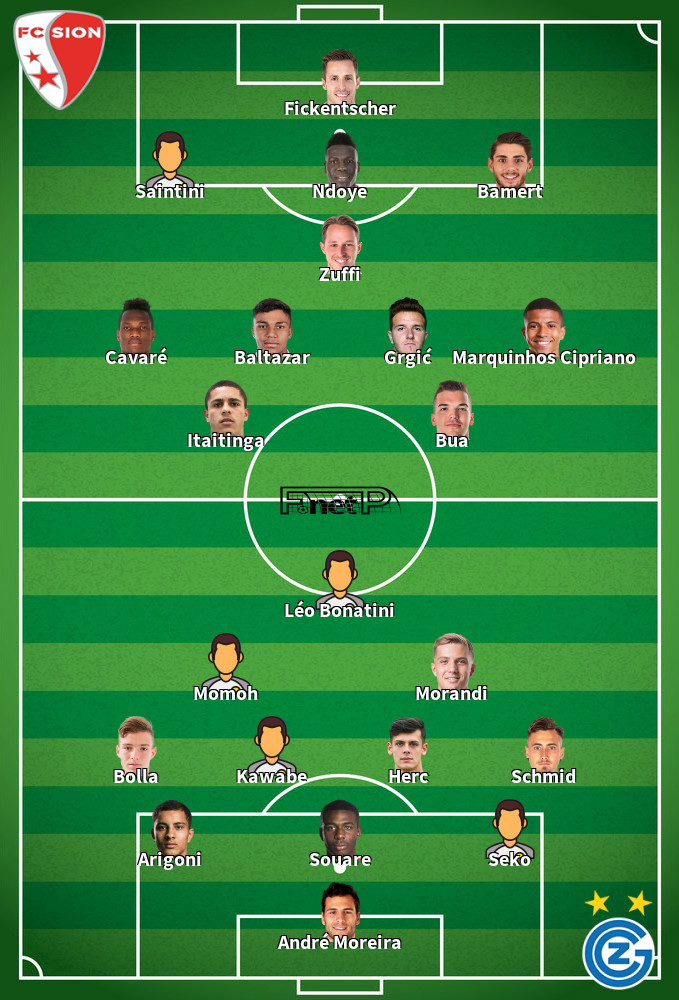 Usually deployed in the Right Wing position, Kaly Sène was born in Dakar, Senegal. After having played his first senior match for FC Basel 1893 in the 2020 - 2021 season, the dangerous Forward has struck 10 league goals in this Super League 2021 - 2022 campaign so far in a total of 23 appearances.

While we have made these predictions for Grasshopper Club Zürich v FC Sion for this match preview with the best of intentions, no profits are guaranteed. Always gamble responsibly, and with what you can afford to lose. Good luck with your selections.