Return to this page a few days before the scheduled game when this expired prediction will be updated with our full preview and tips for the next match between these teams.
Full-Time Result Prediction for Hamburger SV vs FC St. Pauli
Hamburger SV to Win
FC St. Pauli will visit Volksparkstadion on Saturday for the Bundesliga 2 tie with hosts Hamburger SV.

Looking at these two teams, we feel that FC St. Pauli certainly have the ability to find the net against this Hamburger SV outfit, although it isn’t expected to be enough to prevent defeat. We’re tipping a very close game with a 2-1 winning score for Hamburger SV at the end of this one. Hopefully this is a good one. Our full set of predictions, statistics and match poll for Hamburger SV v FC St. Pauli can be seen below (including the best match odds).

Coming into this fixture, Hamburger SV are unbeaten in their previous 2 home league matches. 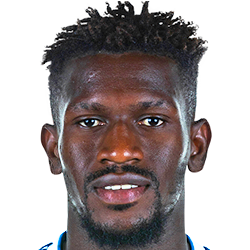 Mostly deployed in the Right Attacking Midfielder position, Bakery Jatta was born in Gambia. Having made a first senior appearance for Hamburger SV in the 2016 - 2017 season, the talented Midfielder has got 4 league goals in this Bundesliga 2 2019 - 2020 season so far in 19 appearances.

We have made these Hamburger SV v FC St. Pauli predictions for this match preview with the best intentions, but no profits are guaranteed. Please always gamble responsibly, only with money that you can afford to lose. Good luck if you do place a bet today.