FC St. Pauli will be the visitors at Merck-Stadion am Böllenfalltor on Saturday for the Bundesliga 2 game with home side Darmstadt. All Darmstadt v FC St. Pauli match predictions, user poll and stats are shown below - plus the latest match odds.

Darmstadt will be hoping to bounce back here after a 2-0 Bundesliga 2 defeat in their last game at the hands of Karlsruher SC. Philipp Hofmann (66') and Marvin Wanitzek (96') scored for Karlsruher SC.

Over their past six fixtures, Dimitrios Grammozis's Darmstadt have netted a combined total of 8 times, an average number of goals scored per match equal to 1.33.

Analysis of their past results shows that Darmstadt:

FC St. Pauli will go into the game following a 1-0 Bundesliga 2 win to defeat 1. FC Nürnberg in their most recent outing. The only player to score from FC St. Pauli was Viktor Gyökeres (84').

Jos Luhukay's FC St. Pauli have turned their attacks into goals a total of 9 times throughout their previous 6 matches. The total of goals that have been scored against them during those same clashes equals 5.

Leading up to this clash, FC St. Pauli:

Inspecting their most recent head to head meetings stretching back to 24/05/2015 tells us that Darmstadt have won 5 of them & FC St. Pauli 1, with the number of drawn results standing at 0.

A combined sum of 11 goals were yielded between them throughout the course of those matches, with 8 of them for Die Lilien and 3 belonging to Freibeuter der Liga. The average goals per game has been 1.83.

The previous league encounter featuring these clubs was Bundesliga 2 match day 10 on 19/10/2019 which finished with the scoreline of FC St. Pauli 0-1 Darmstadt. The referee was Tobias Reichel.

Availability isn’t a big problem, with just the sole fitness concern for the Darmstadt boss Dimitrios Grammozis to contend with from an otherwise fully-primed group of players. Mathias Wittek (Cruciate ligament injury) will miss out.

We envisage that FC St. Pauli and Darmstadt could both well score here although it’s hard to see a clear-cut winner. Let’s see how it plays out, but a draw is looking likely to us. We therefore think that it’s going to be a very even match with a 1-1 score after 90 minutes.

Both Teams to Score Prediction for Darmstadt vs St. Pauli
Yes 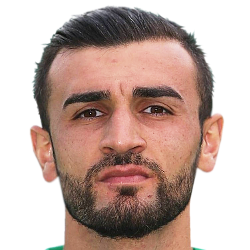 Generally played in the Striker position, Serdar Dursun was born in Hannover, Germany. Having made his senior debut playing for SpVgg Greuther Fürth in the 2016 - 2017 season, the talented Forward has struck 11 league goals in the Bundesliga 2 2019 - 2020 campaign to date in a total of 26 appearances.

We have made these SV Darmstadt 98 v FC St. Pauli predictions for this match preview with the best intentions, but no profits are guaranteed. Please always gamble responsibly, only with money that you can afford to lose. Good luck!