Scroll down for all of our predictions, poll and stats for the SKN St. Pölten v FC Trenkwalder Admira game - along with the latest match odds.

SKN St. Pölten prepare for this game coming off the back of a 3-3 Bundesliga drawn result versus TSV Hartberg.

It’s been all too rare in recent times where SKN St. Pölten haven’t conceded. It will be a concern for them that St. Pölten have seen their defence breached in 5 of their previous 6 matches, shipping 11 goals in the process. That kind of trend isn’t assured to be sustained into this next game, though.

The stats tell the story, and FC Trenkwalder Admira have been scored against in 5 of their last 6 games, letting opponents get 10 goals overall. In defence, Admiraner have seen their frailties exposed.

A glance at their most recent head to head meetings dating back to 21/09/2019 tells us that SKN St. Pölten have won 2 of these games & FC Trenkwalder Admira 1, with the number of draws standing at 3.

A sum of 21 goals were yielded between them throughout the course of those matches, with 13 of them from St. Pölten and 8 belonging to Admiraner. That’s an average goals per game figure of 3.5.

The last league encounter between these sides was Bundesliga match day 13 on 23/01/2021 which ended up with the score at SKN St. Pölten 2-2 FC Trenkwalder Admira.

Due to a completely injury-free squad to choose from, FC Trenkwalder Admira boss Damir Burić has no fitness worries at all before this clash.

It’s looking like FC Trenkwalder Admira and SKN St. Pölten should both be able to find the back of the net here although it’s difficult to select a clear winner.

A draw looks like a realistic possibility, but we’ll see what happens. With that in mind, we reckon that it will be a close game with a 1-1 scoreline at the conclusion of the game. 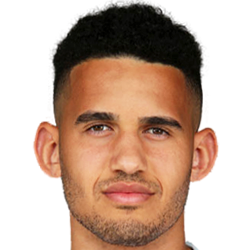 Mostly playing in the Striker position, Alexander Schmidt was born in Austria. After making a first senior appearance for FC Liefering in the 2016 - 2017 season, the gifted Forward has netted 10 league goals in the Bundesliga 2020 - 2021 season to date in a total of 20 appearances.

We have made these SKN St. Pölten v FC Trenkwalder Admira predictions for this match preview with the best intentions, but no profits are guaranteed. Please always gamble responsibly, only with money that you can afford to lose. Good luck with your selections.