FC Twente will be at MAC³PARK Stadion on Saturday for the Eredivisie game with home side FC Zwolle.

View all of the FC Zwolle v FC Twente predictions, poll and stats below - plus the latest match odds.

FC Zwolle won’t want a repeat of their last result here following a 3-2 Eredivisie loss in their previous game against Sparta Rotterdam.

Blauwvingers have not been the best at stopping their opponents recently, but they’ve also done enough to convert their own chances into goals. Over their last 6 matches, Blauwvingers have seen their goal breached in 6 of them as well as getting on the scoresheet in 5 of those games. We will see whether or not that trend can be continued on into this next match.

Since being defeated in their last game at the hands of Vitesse in Eredivisie action, FC Twente and their travelling supporters will be hoping that they can get a better result in this one.

Looking at their form, and FC Twente have been scored against in 5 of their last 6 games, conceding 11 goals in total. At the back, De Tukkers certainly have room for improvement.

Coming into this meeting, FC Twente haven’t won away from home in the past 3 league games.

A look at their past head-to-head meetings going back to 16/10/2016 shows that FC Zwolle have won 1 of these and FC Twente 4, with the tally of drawn matches standing at 1.

20 goals were scored between the two sides in these games, with 7 for Blauwvingers and 13 being from De Tukkers. The average goals per game has been 3.33.

The last league contest featuring these clubs was Eredivisie match day 7 on 31/10/2020 when it ended FC Twente 5-1 FC Zwolle.

FC Zwolle manager Bert Konterman will be grateful to have no fitness concerns at all before this clash thanks to a fully healthy squad to choose from.

With a fully healthy squad to pick from, FC Twente manager Ron Jans has zero fitness worries to report before this clash.

We are of the inclination to think that FC Twente and FC Zwolle could both end up scoring in a what should be a good tussle with little between the two teams.

Little in this one, and it’s almost too close to call. We’re therefore seeing a tight encounter, finishing with a score draw at the end of the 90 minutes. 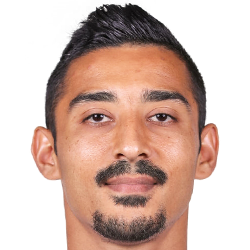 Generally taking up the Striker position, Reza Ghoochannejhad was born in Mashhad, Iran. After making a first senior appearance for SC Heerenveen in the 2005 - 2006 season, the goalscoring Forward has netted 6 league goals in this Eredivisie 2020 - 2021 season so far coming from a total of 18 appearances.

We have made these FC Zwolle v FC Twente predictions for this match preview with the best intentions, but no profits are guaranteed. Please always gamble responsibly, only with money that you can afford to lose.