The FC Utrecht v RKC Waalwijk live stream video is set for 16/09/2021. Football fans can watch this match on a live streaming service if this match is featured in the schedule mentioned above. Here we show useful info for watching this Eredivisie match that includes the most recent team form, h2h meetings and our game tips.

To watch this match using alternative ways, check television schedules for your local region. These broadcasting deals are generally granted on a per-competition/league or even individual match basis. For fixtures shown live on regional television programmes, check the listings on the likes of BT Sport, Amazon Prime Video, Sky Sports, Now TV, iTV, Canal+, Fox Soccer, ESPN depending on your current location.

Where the abovementioned broadcaster has the rights to the FC Utrecht v RKC Waalwijk soccer live streaming coverage, you’ll be able to view the game on a mobile (iPhone, Android including OnePlus) and computer as well as tablet (eg iPad, Acer ACTAB).

After the match finishes, we may also link to match highlights from time to time. We aren’t responsible for the transmission of any game video content linked to from this site. All legal issues must be directed to the hosters/owners of this content.

The Eredivisie tie at Stadion Galgenwaard on Saturday sees hosts FC Utrecht prepare for the visit of opponents, RKC Waalwijk.

View all of the FC Utrecht v RKC Waalwijk predictions, poll and stats below (inc. the best betting odds).

FC Utrecht will be hoping to bounce back here following a 1-0 Eredivisie defeat in their last game at the hands of FC Twente.

A recurring aspect of more recent FC Utrecht games is the number of results with a nil in them.

Taking their prior 6 matches leading up to this one, in 5 of them a wager on BTTS would have been a losing one.

Their prior results show that FC Utrecht:

After a losing effort in their last game against Vitesse in Eredivisie action, RKC Waalwijk will be hoping to turn things around here.

In a total of 5 of the previous 6 clashes involving RKC Waalwijk, at least three goals have been struck. The overall average goals scored per game within that spell is 3.17, with the average number of goals for RKC Waalwijk working out to 1.33. That kind of trend isn’t assured to follow through into this next game, though.

Ahead of this clash, RKC Waalwijk haven’t won away from home in the past 14 league matches. They clearly need to do something about it.

Looking at the statistics for their head to head duels dating back to 15/09/2013, there has been little to separate the clubs with FC Utrecht winning 3 of those games, RKC Waalwijk 3 and 0 being draws in regulation time.

A sum of 21 goals were produced between them in these games, with 10 for Utreg and 11 for RKC. The average number of goals per game works out to 3.5.

The last league match between the two was Eredivisie match day 25 on 06/03/2021 when the final score was RKC Waalwijk 1-2 FC Utrecht.

In this game, RKC Waalwijk will surely find it tough to break down a FC Utrecht side who will more than likely score a lot of goals.

We can see a 3-0 winning margin for FC Utrecht when the full-time whistle blows. 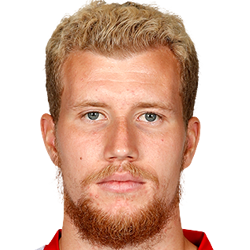 Mostly taking to the field in the Centre Midfield position, Simon Gustafson was born in Mölndal, Sweden. Having made a first senior appearance for BK Häcken in the 2013 season, the gifted Midfielder has bagged 2 league goals in the Eredivisie 2021 - 2022 campaign so far coming from a total of 4 appearances.

While we have made these predictions for FC Utrecht v RKC Waalwijk for this match preview with the best of intentions, no profits are guaranteed. Always gamble responsibly, and with what you can afford to lose. Good luck!

⚽️ Where can I see the odds for other Eredivisie games?

Look at all of our next (and previous) Eredivisie predictions & previews here.