The Eredivisie fixture at Cambuur-Stadion on Sunday will see home side SC Cambuur do battle with opponents FC Utrecht.

Full predictions, pre-match stats and user poll for SC Cambuur v FC Utrecht are shown on this page (plus the best game odds).

SC Cambuur are hoping to win again after their last result, a 1-2 Eredivisie victory over FC Zwolle.

Henk de Jong's SC Cambuur have hit the back of the net a sum total of 11 times in their past 6 outings. At the other end, the tally of goals that they have conceded in those fixtures amounts to 8.

Analysis of their past results shows that SC Cambuur:

After a losing effort in their last game against Vitesse in Eredivisie action, FC Utrecht will be aiming to make amends here.

In as many as 5 of the previous 6 clashes involving FC Utrecht, three or more goals have been hit. The overall average goals scored per match during that time is 4, with the number of goals averaged by FC Utrecht working out to 2.5. Nevertheless, we must now wait to see whether that trend might be maintained in this next match.

Ahead of this meeting, FC Utrecht are without an away win for the past 2 league games.

Checking on their most recent head to head meetings going back to 26/10/2013 shows that SC Cambuur have won 3 of these & FC Utrecht 2, with the tally of drawn matches standing at 1.

A combined sum of 21 goals were scored between the two sides during those clashes, with 12 of them from Herten and 9 created by Utreg. This gives an average number of goals per game equal to 3.5.

The last league contest between these clubs was Eredivisie match day 23 on 12/02/2016 which finished with the scoreline of SC Cambuur 0-2 FC Utrecht.

In that game, SC Cambuur had 40% possession and 5 shots at goal with 3 of them on target.

For their opponents, FC Utrecht got 13 shots at goal with 6 on target. Mark van der Maarel (79') and Sébastien Haller (87') scored.

The referee was Bas Nijhuis.

The SC Cambuur boss Henk de Jong does not have any fitness worries whatsoever ahead of this match with a completely healthy group to choose from.

Owing to a completely healthy group available for selection, the FC Utrecht boss René Hake does not have any fitness concerns to speak of ahead of this match.

When taking all factors into account, SC Cambuur will likely create enough chances to find the net against this FC Utrecht outfit, but a single goal is unlikely to be enough.

Therefore, we’re predicting a very close game with a 1-2 winning score for FC Utrecht after 90 minutes. There shouldn’t be much in it, either way. 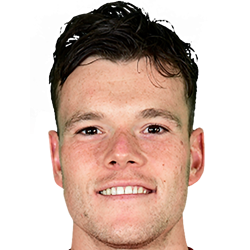 Normally playing in the Striker position, Tom Boere was born in Breda, Netherlands. After making a first senior appearance for KAA Gent in the 2011 - 2012 season, the skilful Forward has struck 3 league goals in this Eredivisie 2021 - 2022 campaign to date in 11 appearances.

We have made these SC Cambuur v FC Utrecht predictions for this match preview with the best intentions, but no profits are guaranteed. Please always gamble responsibly, only with money that you can afford to lose. Best of luck.