FC Utrecht will be at GelreDome on Tuesday for the Eredivisie clash with home side Vitesse.

View all of the Vitesse v FC Utrecht predictions, poll and stats below (plus the best game odds).

Vitesse will be looking for a repeat result of a 0-2 Eredivisie victory over Heracles Almelo.

The only player to score from Vitesse was Matúš Bero (83'). Robin Pröpper (38' Own goal) scored for Heracles Almelo.

Vitesse haven’t been able to stop scoring goals, finding the back of the net in each and every one of their last 6 matches.

They have totted up the amount of 8 during that time while seeing the number of goals scored against them stand at 6.

Taking a look at their past results, Vitesse:

In their last fixture, FC Utrecht drew 2-2 in the Eredivisie match with FC Groningen.

Going into this contest, FC Utrecht haven't won against Vitesse when having played them away from home in the previous 4 league games. Not the best of away records.

An examination of their past head-to-head clashes stretching back to 19/05/2018 shows us that Vitesse have won 3 of these games & FC Utrecht 1, with the tally of draws being 2.

A total of 13 goals were scored between them in these games, with 7 for Vitas and 6 belonging to Utreg. That’s an average goals per game of 2.17.

The previous league fixture featuring these clubs was Eredivisie match day 9 on 05/10/2019 when it ended Vitesse 2-1 FC Utrecht.

Almost everyone can be considered, as there’s just one fitness concern for the Vitesse gaffer Thomas Letsch to be concerned about from a near full-strength squad. Armando Broja (Corona virus) is out of contention.

Our feeling is that FC Utrecht would be disappointed if they were not to find the back of the net against this Vitesse outfit, although that possibly won’t quite be enough to prevent defeat.

We’re tipping a narrow 2-1 victory for Vitesse when all is said and done. Definitely a tough call. 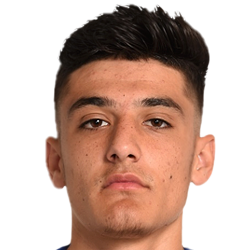 Regularly taking up the Striker position, Armando Broja was born in Slough, England. After making a first senior appearance for Chelsea in the 2019 - 2020 season, the skilful Forward has accumulated 5 league goals in the Eredivisie 2020 - 2021 campaign so far coming from a total of 12 appearances.

While we have made these predictions for Vitesse v FC Utrecht for this match preview with the best of intentions, no profits are guaranteed. Always gamble responsibly, and with what you can afford to lose. We wish you the best of luck.