Return to this page a few days before the scheduled game when this expired prediction will be updated with our full preview and tips for the next match between these teams.
Full-Time Result Prediction for FC Volendam vs FC Dordrecht
FC Volendam to Win

Our thinking is that FC Dordrecht will likely be able to breach the defence of this FC Volendam team, however that is unlikely to be enough to prevent defeat. We’re expecting both teams to score in a 2-1 win for FC Volendam by the time that the referee blows the final whistle. Let’s just see how this one goes. Our FC Volendam v FC Dordrecht tips, poll and stats can be seen in full below (inc. the best betting odds).

Ahead of this clash, FC Volendam have not been beaten in their last 3 league matches at home. 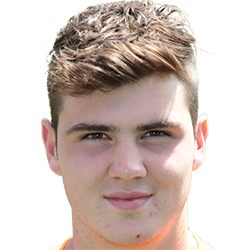 Regularly playing in the Centre Midfield position, Jari Vlak was born in Volendam, Netherlands. After having made a senior debut playing for FC Volendam in the 2018 - 2019 season, the goalscoring Midfielder has got 2 league goals in the Eerste Divisie 2019 - 2020 campaign to date in 5 appearances.

While we have made these predictions for FC Volendam v FC Dordrecht for this match preview with the best of intentions, no profits are guaranteed. Always gamble responsibly, and with what you can afford to lose. Good luck with your selections.