FC Volendam head to De Geusselt on Friday for the Eerste Divisie meeting with hosts MVV.

All MVV v FC Volendam match predictions, user poll and stats are shown below - along with the latest match odds.

MVV will want to continue from where they left off last time out with the 0-1 Eerste Divisie victory versus FC Dordrecht.

In that game, MVV had 55% possession and 25 attempts on goal with 9 on target. The only player on the scoresheet for MVV was Sven Blummel (90'). For their opponents, FC Dordrecht had 4 shots at goal with 2 of them on target.

MVV haven’t had any problems with scoring, finding the back of the net every time they’ve gone out to play in their last 6 games.

They have hit an aggregate of 10 during that time while seeing the number of goals scored against them stand at 9.

FC Volendam come into this clash after a 2-0 Eerste Divisie win to beat Telstar in their most recent match.

Showing their fondness for high-scoring encounters, goals have been celebrated 21 times in the last 6 matches in which FC Volendam have played, giving an average of 3.5 goals for each fixture. Opposing teams have managed 9 from this total. That kind of trend won’t necessarily follow through into this match, however.

Coming into this fixture, FC Volendam have not won against MVV in away games against them for the last 2 league games.

Looking at the statistics for their head to head meetings stretching back to 29/10/2017, it’s been all-even between these two clubs with MVV winning 2 of those games, FC Volendam 2 and 2 being drawn in regulation time.

A combined sum of 20 goals were shared by the two clubs throughout the course of those matches, with 9 from MVV and 11 belonging to Het Andere Oranje. That is an average goals per game value of 3.33.

Volendam boss Wim Jonk has not got a full squad to pick from. Alex Plat (Ill), Joey Roggeveen (Knock), Barry Lauwers (Ill), Kevin Visser (Knee Injury) and Francesco Antonucci (Knock) are those who can’t be considered. Calvin Twigt is ineligible for this match because of suspension.

We feel that MVV have the ability to score against this FC Volendam outfit, although just one goal might not quite be as many as they’ll concede.

Our selection here is for a very close game with a 1-2 winning margin for FC Volendam after 90 minutes. Looking forward to this. 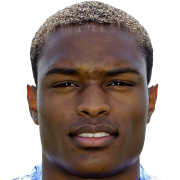 Mostly played in the Right Attacking Midfielder position, Joy-Lance Mickels was born in Siegburg, Germany. Having made a first senior appearance for FC Carl Zeiss Jena in the 2019 - 2020 season, the skilful Midfielder has managed to score 7 league goals in the Eerste Divisie 2020 - 2021 season to date in 24 appearances.

While we have made these predictions for MVV v FC Volendam for this match preview with the best of intentions, no profits are guaranteed. Always gamble responsibly, and with what you can afford to lose.