The Eerste Divisie tie at Kras Stadion on Friday sees home side FC Volendam take to the field against SC Cambuur.

Scroll down to see all of the predictions, poll and statistics for FC Volendam v SC Cambuur (inc. the best betting odds).

FC Volendam will be looking for another win after a 2-1 Eerste Divisie triumph vs NAC Breda.

In that game, FC Volendam managed 55% possession and 18 shots on goal with 6 on target. For FC Volendam, the goals were scored by Samuele Mulattieri (7') and Samir Ben Sallam (68'). At the other end, NAC Breda got 10 attempts on goal with 4 of them on target. Mounir El Allouchi (63') scored for NAC Breda.

It has been seldom in recent times that FC Volendam have managed to hold out for a full 90 minutes. It will be a concern for them that Het Andere Oranje have failed to prevent opponents from scoring in 6 of their previous 6 clashes, giving up 9 goals on the way.

Going into this encounter, FC Volendam have not been beaten in the league by SC Cambuur in their previous 2 games.

Since a losing effort in their last game against Roda JC Kerkrade in Eerste Divisie competition, SC Cambuur and their fans will hope to get a better result this time.

In that game, SC Cambuur managed 60% possession and 15 shots on goal with 6 of them on target. The only player to score for SC Cambuur was Robert Mühren (85'). At the other end, Roda JC Kerkrade got 11 attempts at goal with 8 on target. Erik Falkenburg (32'), Patrick Pflücke (80') and Kees Luijckx (88') scored for Roda JC Kerkrade.

During their 6 latest matches, Henk de Jong's SC Cambuur have found the back of the net a total of 12 times thus giving them the goals scored per game average of 2.

Going into this game, the form guide shows that SC Cambuur:

If we look at their past head to head duels dating back to 30/03/2018, neither club has come out on top overall with FC Volendam winning 2 of those games, SC Cambuur 2 and 2 being drawn in regulation time.

An aggregate of 15 goals were scored between them in these games, with 6 for Het Andere Oranje and 9 created by Herten. That is an average goals per game value of 2.5.

The last league fixture featuring these clubs was Eerste Divisie match day 19 on 08/01/2021 when it ended SC Cambuur 0-1 FC Volendam.

The referee was Pol van Boekel.

Our feeling is that FC Volendam should have enough to put a goal past this SC Cambuur outfit, although one goal might not be enough to give them the result that they want.

We can see a close game with a 1-2 winning score for SC Cambuur when the referee blows the final whistle. Should be a good one. 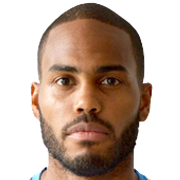 Usually played in the Central Attacking Midfielder position, Boy Deul was born in Netherlands. Having made his senior debut playing for FC Volendam in the 2005 - 2006 season, the talented Midfielder has netted 7 league goals in this Eerste Divisie 2020 - 2021 season to date coming from a total of 30 appearances.

While we have made these predictions for FC Volendam v SC Cambuur for this match preview with the best of intentions, no profits are guaranteed. Always gamble responsibly, and with what you can afford to lose.