Fortuna Sittard journey to MAC³PARK Stadion on Saturday for the Eredivisie game with home side FC Zwolle.

All of our predictions, stats and the user poll for FC Zwolle v Fortuna Sittard are shown below - plus the latest match odds.

FC Zwolle will be hoping for a better result after the 1-0 Eredivisie loss in their previous game against Feyenoord.

Luis Sinisterra (64') was the scorer for Feyenoord.

FC Zwolle have found it difficult to unlock defences of late. Their sum of goals equals just 3 against opposing sides during the course of their previous six matches. In those meetings, Blauwvingers have also seen the tally of goals against them come to 8. That sort of pattern won’t necessarily follow through into this game, of course.

Following on from a losing effort in their last game against Sparta Rotterdam in Eredivisie competition, Fortuna Sittard and their fans will hope to get a better result this time.

Lennart Thy (57') scored for Sparta Rotterdam.

The numbers tell their own story, and Fortuna Sittard have been scored against in 6 of their last 6 matches, with opponents netting 7 goals in total. In defence, Sittard have clearly had some problems.

Their past results show that Fortuna Sittard:

Checking out their prior head to head duels going back to 04/11/2018, there is nothing to separate the two clubs with FC Zwolle winning 2 of those games, Fortuna Sittard 2 and 2 being drawn in regulation time.

21 goals were scored between the two sides in this period, with 11 of them for Blauwvingers and 10 being from Sittard. That’s an average goals per game of 3.5.

The previous league match featuring these sides was Eredivisie match day 8 on 06/11/2020 when it ended Fortuna Sittard 2-2 FC Zwolle.

FC Zwolle boss John Stegeman will be grateful to have no fitness concerns at all before this clash owing to a fully injury-free group available for selection.

Thanks to a completely healthy group available for selection, Fortuna Sittard manager Sjors Ultee has no fitness concerns whatsoever before this game.

We envisage that Fortuna Sittard have the ability to find the back of the net against this FC Zwolle side, however it probably won’t quite be enough to prevent defeat.

Our tip is for a close game with a 2-1 advantage for FC Zwolle when all is said and done. Looking forward to seeing how this one unfolds. 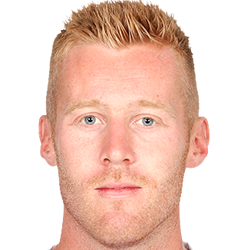 Generally taking to the field in the Striker position, Mike van Duinen was born in Netherlands. Having made his senior debut playing for ADO Den Haag in the 2011 - 2012 season, the gifted Forward has got 3 league goals in the Eredivisie 2020 - 2021 campaign so far in 14 appearances.

We have made these FC Zwolle v Fortuna Sittard predictions for this match preview with the best intentions, but no profits are guaranteed. Please always gamble responsibly, only with money that you can afford to lose. Good luck with your selections.