FC Zwolle will be at Mandemakers Stadion on Wednesday for the Eredivisie fixture with home team RKC Waalwijk.

Scroll down to see all of the predictions, poll and statistics for RKC Waalwijk v FC Zwolle - as well as the best betting odds.

RKC Waalwijk, following on from their previous result, will be hoping for more of the same after a 0-1 Eredivisie victory versus Heracles Almelo.

The only name on the scoresheet from RKC Waalwijk was Saïd Bakari (26').

It’s not been often in recent games that RKC Waalwijk have shown defensive steel. In fact, RKC have seen their defence breached in 5 of their previous 6 matches, leaking 12 goals in the process.

Since being beaten in their last game against PSV Eindhoven in Eredivisie action, FC Zwolle and their travelling fans will hope for a better result here.

Illustrating their predisposition for action-packed encounters, we’ve had goals 20 times in the previous 6 matches in which FC Zwolle have sent out their troops, making it an average of 3.33 goals each meeting. Their opponents have got 10 of those goals. Historical results aside, time will tell whether that pattern might be replicated in this upcoming match.

Their past results show that FC Zwolle:

An examination of their prior head-to-head meetings going back to 21/10/2012 shows that RKC Waalwijk have won 0 of these games and FC Zwolle 2, with the number of drawn games being 4.

In all, 17 goals were yielded between them during those clashes, with 6 of them from RKC and 11 coming from Blauwvingers. This gives an average number of goals per game equal to 2.83.

There aren’t many personnel worries, with just one fitness concern for the RKC Waalwijk gaffer Fred Grim to contend with due to a largely intact group. Richard van der Venne (Back trouble) is sidelined.

Owing to a completely healthy group to choose from, FC Zwolle manager John Stegeman has no fitness concerns whatsoever ahead of this clash.

Looking at these two, we feel that FC Zwolle and RKC Waalwijk may well find themselves both scoring in what promises to be a very even battle here.

It could well end in a draw. With that in mind, we reckon that it will be a very close game with a 1-1 score draw at the end of the 90 minutes. 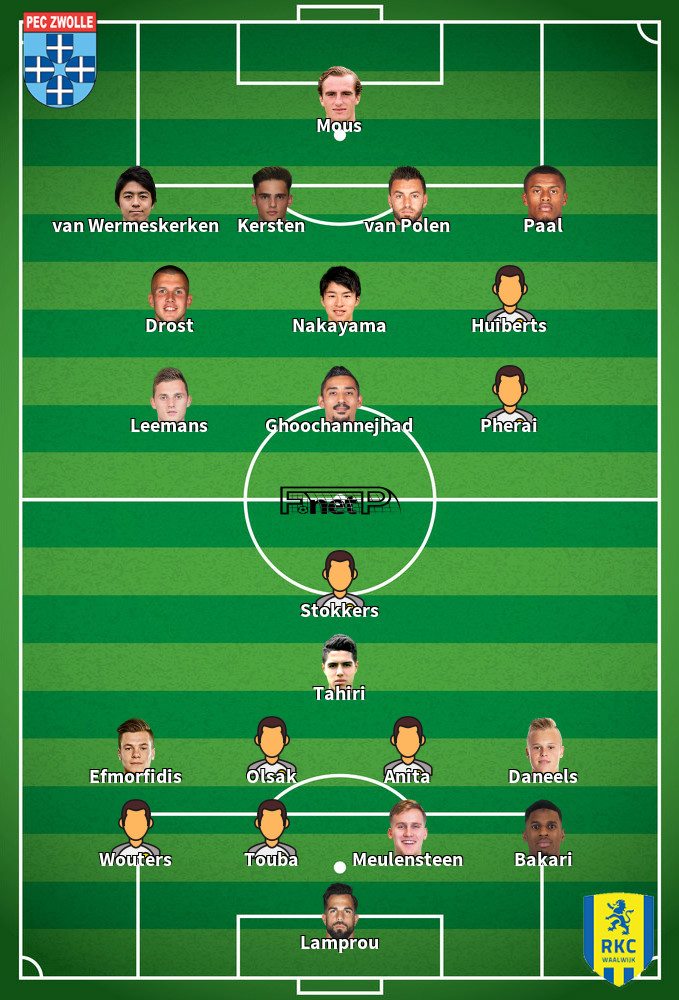 We have made these RKC Waalwijk v FC Zwolle predictions for this match preview with the best intentions, but no profits are guaranteed. Please always gamble responsibly, only with money that you can afford to lose. Good luck if you do place a bet today.