FC Zwolle will be at GelreDome on Saturday for the Eredivisie clash with home side Vitesse.

Our Vitesse v FC Zwolle tips, poll and stats can be seen in full below (plus the best game odds).

Vitesse go into this match after a 0-0 Eredivisie drawn match against Feyenoord.

In that game, Vitesse had 48% possession and 19 shots at goal with 7 of them on target. For their opponents, Feyenoord had 14 attempts on goal with 2 on target.

Their more recent scorelines shine a light on the fact that things are going according to plan in the Vitesse rearguard. Vitas have given the opposition little, resulting in the total number of goals that have gone in at their end during their last 6 clashes standing at 4.

A look at their previous results shows us that Vitesse:

FC Zwolle come into this encounter after a 0-2 Eredivisie win with the defeat of SC Heerenveen in their previous fixture.

In that game, FC Zwolle managed 46% possession and 4 attempts on goal with 3 of them on target. For FC Zwolle, the scorers were Pelle Clement (28') and Bram van Polen (68'). SC Heerenveen had 11 shots at goal with 3 on target.

During their 6 latest matches, Bert Konterman's FC Zwolle have turned their attacks into goals a total of 8 times therefore giving them the goals scored per game average of 1.33.

A glance at their prior head to head meetings stretching back to 27/01/2018 shows that Vitesse have won 4 of them & FC Zwolle 2, with the number of draws being 0.

Loads of goals were seen in those games, too - 23 in all which averages out at 3.83 goals per match.

The last league match between these sides was Eredivisie match day 11 on 05/12/2020 when it finished FC Zwolle 2-1 Vitesse.

Owing to a completely injury-free group available to select from, FC Zwolle boss Bert Konterman does not have any fitness worries to speak of coming into this match.

When taking all factors into account, FC Zwolle will manage to get a goal against this Vitesse team, but it probably won’t quite be enough to avoid defeat.

We’re tipping a 2-1 victory for Vitesse at the end of this one. It really should be an interesting one. 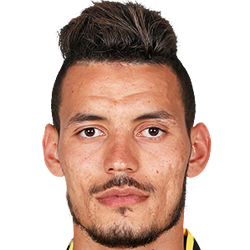 Generally taking up the Striker position, Oussama Darfalou was born in Menaâ, Algeria. After having made a senior debut playing for USM Alger in the 2015 - 2016 season, the accomplished Forward has contributed 8 league goals in this Eredivisie 2020 - 2021 season to date in 28 appearances.

We have made these Vitesse v FC Zwolle predictions for this match preview with the best intentions, but no profits are guaranteed. Please always gamble responsibly, only with money that you can afford to lose. Good luck if you do place a bet today.