Fenerbahçe will be visiting Çaykur Didi on Friday for the Süper Lig clash with hosts Çaykur Rizespor.

Çaykur Rizespor will be looking to improve on their last outing here following a 3-1 Süper Lig loss in their previous game against Fenerbahçe.

It has been a rare occasion in recent games where Çaykur Rizespor have managed to hold out for a full 90 minutes. The reality is that Atmacalar have failed to prevent opponents from scoring in 5 of their previous 6 matches, giving up 10 goals on the way.

Fenerbahçe come into this clash following on from a 3-1 Süper Lig win with the downing of Çaykur Rizespor in their last fixture.

Looking at their form, and Fenerbahçe have been scored against in 6 of their last 6 games, with opponents netting 9 goals overall. In defence, Sarı Kanaryalar can certainly do much better. That pattern isn’t assured to be continued into this next game, however.

A review of their prior head to head meetings stretching back to 27/11/2016 shows that Çaykur Rizespor have won 1 of them & Fenerbahçe 5, with the tally of drawn games standing at 0.

The previous league contest featuring these clubs was Süper Lig match day 34 on 25/07/2020 which ended up with the score at Fenerbahçe 3-1 Çaykur Rizespor.

The match was refereed by Halis Özkahya.

Çaykur Rizespor manager Ünal Karaman has a full complement, with no fitness concerns whatsoever ahead of this game with a fully injury-free squad available for selection.

With a fully injury-free group available to choose from, Fenerbahçe boss Tahir Karapınar has zero fitness worries to speak of coming into this match.

We feel that over the course of the game, Çaykur Rizespor might need a bit of good fortune to breach the defence of this Fenerbahçe lineup who we think will end up scoring and possibly keep a clean sheet as well.

We therefore fancy a hard-fought 0-1 advantage for Fenerbahçe at the end of the 90 minutes.

Over/Under 2.5 Goals Prediction for Çaykur Rizespor vs Fenerbahçe
Under 2.5 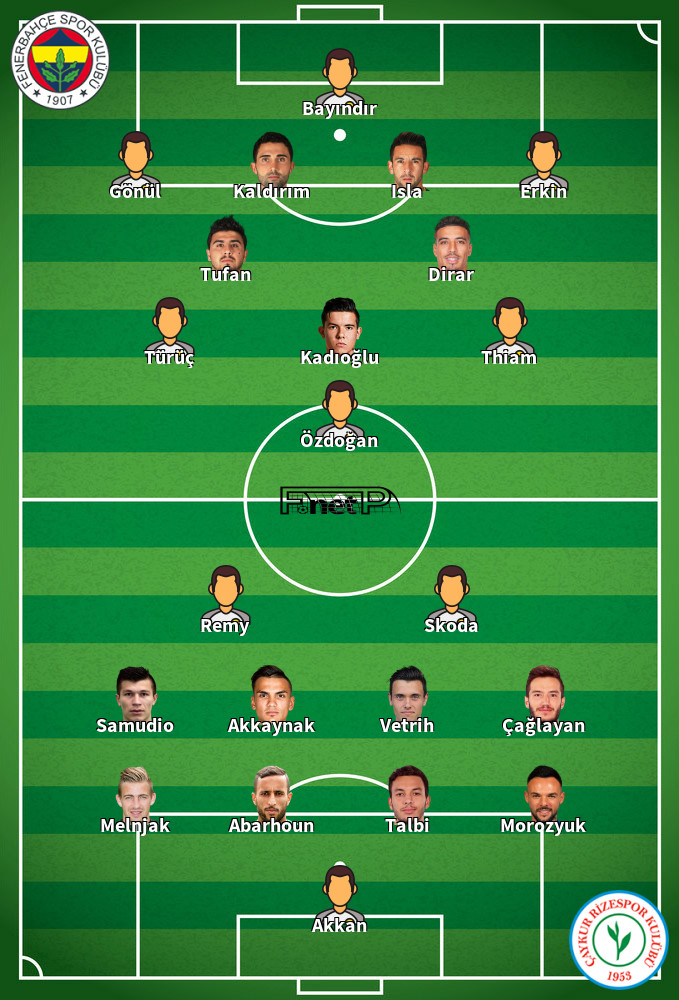 We have made these Çaykur Rizespor v Fenerbahçe predictions for this match preview with the best intentions, but no profits are guaranteed. Please always gamble responsibly, only with money that you can afford to lose. Best of luck with your selections.