Giresunspor will be at Şükrü Saracoğlu Stadyumu on Thursday for the Super Lig showdown with home team Fenerbahçe.

Our predictions, user poll and statistics for Fenerbahçe v Giresunspor can be found here (plus the best game odds).

Fenerbahçe will be hoping to bounce back here following the 2-0 Super Lig loss in their previous game against İstanbul Başakşehir.

Under three goals per match were recorded in 5 of the last 6 meetings where Fenerbahçe have been involved. Breaking down the goal weighting in that period, their opponents scored a total of 6 and Fenerbahçe managed a tally of 11.

In their previous game, Giresunspor drew 0-0 in the Super Lig match with Konyaspor.

A tendency of at least one team drawing a blank in games involving Giresunspor has been evident of late. Examining their last 6 outings reveals that it has occurred 5 times. During those clashes, opposing sides have managed a goal total of 7 while Giresunspor have scored 2. That kind of trend might not be carried forward into this game, though.

Ahead of this meeting, Giresunspor are without an away win for the past 2 league games.

The Fenerbahçe boss Vítor Pereira doesn’t have any fitness worries at all before this match with a completely healthy squad available to select from.

Thanks to a largely available group, there’s only the lone fitness issue for the Giresunspor boss Hakan Keleş to be concerned about. Douglas (Unknown Injury) won’t be playing here. Tolgahan Acar will not be able to play in this game through being suspended.

Our thinking is that Fenerbahçe have it within them to score more than once when they meet Giresunspor, who could well find it tough to score themselves.

We’re therefore expecting to see a comfortable 2-0 winning score for Fenerbahçe at the end of the 90 minutes. 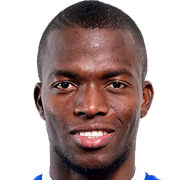 Customarily used in the Striker position, Enner Valencia was born in Esmeraldas, Ecuador. After making a first senior appearance for Emelec in the 2010 season, the gifted Forward has managed to score 2 league goals in the Süper Lig 2021 - 2022 campaign to date from a total of 4 appearances.

We have made these Fenerbahçe v Giresunspor predictions for this match preview with the best intentions, but no profits are guaranteed. Please always gamble responsibly, only with money that you can afford to lose. Good luck!