The Nemzeti Bajnokság I game at Szusza Ferenc Stadion on Wednesday sees home side Újpest FC welcome guests Ferencvárosi TC. Our full set of predictions, statistics and match poll for Újpest FC v Ferencvárosi TC can be seen below - plus the latest match odds.

Újpest FC prepare for this match following on from a 1-1 Nemzeti Bajnokság I stalemate against Paksi SE. The only name on the scoresheet from Újpest FC was Róbert Litauszki (57'). Norbert Könyves (94') was the scorer for Paksi SE.

Újpest FC have been on a persistent run of goalscoring form, hitting the target in one hundred percent of their last 6 games. They have totted up the amount of 8 during that period while also conceding a total of 10.

Their prior results show that Újpest FC:

In the course of their six most recent matches, Serhiy Rebrov's Ferencvárosi TC have seen their goal attempts be successful 11 times - giving them a goals per game average of 1.83.

Looking at their past form shows that Ferencvárosi TC:

An inspection of their past head to head meetings stretching back to 21/10/2017 reveals that these encounters have not been good ones for Újpest FC. They have not managed to come away with any victories at all while Ferencvárosi TC have been superior, running out winners in 67 per cent of those matches.

In all, 8 goals were yielded between them in these games, with 2 of them from Lilák and 6 belonging to Fradi. The average number of goals per game works out to 1.33.

The previous league game featuring these sides was Nemzeti Bajnokság I match day 9 on 19/10/2019 when it finished Ferencvárosi TC 1-0 Újpest FC. The referee was Tamás Bognár.

Újpest FC will need things to go their way to see themselves scoring against this Ferencvárosi TC outfit who we reckon should emerge victorious. That’s why our selection here is for a narrow 0-1 winning margin for Ferencvárosi TC at the end of this game. A close call.

Over/Under 2.5 Goals Prediction for Újpest FC vs Ferencvárosi TC
Under 2.5 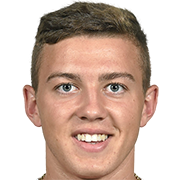 Typically playing in the Right Wing position, Donát Zsótér was born in Szeged, Hungary. Having made a first senior appearance for Dunaújváros in the 2014 - 2015 season, the skilful Forward has hit 3 league goals in the Nemzeti Bajnokság I 2019 - 2020 season to date coming from a total of 19 appearances.

While we have made these predictions for Újpest FC v Ferencvárosi TC for this match preview with the best of intentions, no profits are guaranteed. Always gamble responsibly, and with what you can afford to lose. We wish you the best of luck.