Fortuna Sittard will arrive at De Kuip on Sunday for the Eredivisie fixture with home team Feyenoord.

Scroll down for all of our predictions, poll and stats for the Feyenoord v Fortuna Sittard game - plus the latest match odds.

Feyenoord prepare for this game coming off the back of a 1-1 Eredivisie drawn result versus FC Emmen.

In that match, Feyenoord had 53% possession and 19 attempts on goal with 6 of them on target. The only player on the scoresheet for Feyenoord was Orkun Kökçü (37'). At the other end, FC Emmen got 10 shots on goal with 5 on target. Michael de Leeuw (79') was the scorer for FC Emmen.

Fixtures with Feyenoord have tended to be exciting ones of late with a lot of goalmouth action the rule rather than the exception. Over their past 6 clashes alone, a grand total of 20 goals have been recorded for both sides combined (at an average of 3.33 goals per game) with 12 of those being chalked up by De club aan de Maas.

Analysis of their past results shows that Feyenoord:

Since being beaten in their last game against FC Utrecht in Eredivisie competition, Fortuna Sittard will be hoping to turn things around here.

The stats tell the story, and Fortuna Sittard have been scored against in 5 of their last 6 games, conceding 7 goals in total. Defensively, Sittard have clearly had some problems. Let’s see whether or not that trend can be continued on into this next match.

A look at their prior head to head clashes dating back to 16/12/2018 tells us that Feyenoord have won 4 of these & Fortuna Sittard 2, with the number of drawn results being 0.

The previous league encounter featuring the two was Eredivisie match day 9 on 22/11/2020 when it ended Fortuna Sittard 1-3 Feyenoord.

It’s pretty clear that Fortuna Sittard will have to play really well to find the back of the net against a Feyenoord side who appear set to control most aspects of this game.

We reckon that it will be a commanding 3-0 victory for Feyenoord when the full-time whistle blows. 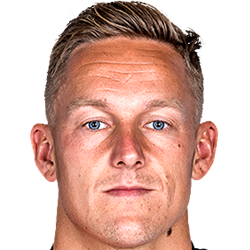 Typically used in the Central Attacking Midfielder position, Jens Toornstra was born in Alphen aan den Rijn, Netherlands. Having made a first senior appearance for ADO Den Haag in the 2009 - 2010 season, the dangerous Midfielder has managed to score 7 league goals in this Eredivisie 2020 - 2021 season to date in a total of 25 appearances.

While we have made these predictions for Feyenoord v Fortuna Sittard for this match preview with the best of intentions, no profits are guaranteed. Always gamble responsibly, and with what you can afford to lose. We wish you the best of luck.