Austria Vienna will be facing visiting club Rapid Vienna at Generali-Arena in this Bundesliga tie on Sunday.

Our Austria Vienna v Rapid Vienna tips, poll and stats can be seen in full below - along with the latest match odds.

Austria Vienna head into this match after a 1-1 Bundesliga drawn game against Wolfsberger AC.

Going into this game, the form guide shows that Austria Vienna:

Last time out, Rapid Vienna drew 2-2 in the Bundesliga match with Austria Klagenfurt.

The numbers tell their own story, and Rapid Vienna have been scored against in 6 of their last 6 games, seeing their opponents hit 9 goals overall. In defence, Rapid Vienna just haven’t been too solid at all.

Going into this game, the form guide shows that Rapid Vienna:

Checking out their prior head to head meetings dating back to 08/12/2019, there is nothing to separate the two clubs with Austria Vienna winning 0 of those games, Rapid Vienna 0 and 6 being drawn in regulation time.

An aggregate of 12 goals were scored between the two sides throughout the course of those matches, with 6 from Die Veilchen and 6 created by Die Grün-Weißen. The average number of goals per game works out to 2.

The last league fixture featuring these sides was Bundesliga match day 2 on 20/03/2022 when it finished Rapid Vienna 1-1 Austria Vienna.

On that occasion, Rapid Vienna managed 50% possession and 10 shots on goal with 3 of them on target. The scorer was Robert Ljubičić (14').

For their opponents, Austria Vienna got 14 attempts on goal with 6 on target. Marco Djuricin (28') scored.

We’re envisaging that Rapid Vienna will have a tough ask to be putting a goal past this Austria Vienna team who we reckon will get the vital goal that wins it.

That’s why our selection here is for a 1-0 victory for Austria Vienna at the end of this one. 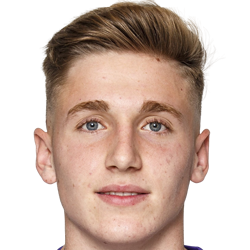 Usually playing in the Left Attacking Midfielder position, Aleksandar Jukic was born in Austria. After having made a senior debut playing for Austria Wien Amateure in the 2018 - 2019 season, the dangerous Midfielder has scored a sum of 5 league goals in the Bundesliga 2021 - 2022 campaign so far from a total of 23 appearances.

We have made these Austria Vienna v Rapid Vienna predictions for this match preview with the best intentions, but no profits are guaranteed. Please always gamble responsibly, only with money that you can afford to lose.