The Bundesliga tie at Generali-Arena on Sunday will see home side Austria Vienna welcome Sturm Graz.

All Austria Vienna v Sturm Graz game predictions, stats and user poll are shown below (including the best match odds).

Austria Vienna will play in this match following on from a 0-0 Bundesliga drawn result versus Austria Klagenfurt.

Going into this one, Austria Vienna have left without a victory over Sturm Graz in their previous 4 matches in the league.

After a loss in their previous game against PSV Eindhoven in Europa League competition, Sturm Graz and their travelling fans will hope for a better result here.

The stats tell the story, and Sturm Graz have been scored against in 6 of their last 6 matches, seeing opposing sides hit 15 goals overall. Defensively, Sturm Graz have not been doing too well. Let’s find out if that trend will be sustained into this next match.

Heading into this contest, Sturm Graz are without a win away from home in their last 2 league games.

If we look at their past head to head meetings stretching back to 12/05/2019, there is nothing to separate the two clubs with Austria Vienna winning 2 of those games, Sturm Graz 2 and 2 being drawn after 90 minutes of play.

A total of 18 goals were yielded between them during those clashes, with 8 for Die Veilchen and 10 being from die Schwoazn. That is an average goals per game value of 3.

The previous league encounter between these clubs was Bundesliga match day 5 on 22/08/2021 which ended up with the score at Sturm Graz 2-2 Austria Vienna.

For their opponents, Austria Vienna got 12 attempts at goal with 3 of them on target. Marco Djuricin (19', 69') scored.

The Austria Vienna manager Manfred Schmid has a full complement, with no fitness concerns at all before this clash owing to a completely injury-free squad available to select from.

With a completely injury-free squad available for selection, the Sturm Graz boss Christian Ilzer does not have any fitness worries whatsoever coming into this clash.

We feel that Austria Vienna will do well to register a score against this Sturm Graz outfit who we reckon will be able to grind out a win.

Therefore, we predict a hard-fought contest, finishing with a 0-1 win for Sturm Graz when the full-time whistle blows. 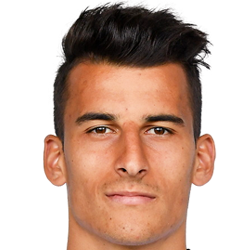 Customarily taking to the field in the Centre Midfield position, Manfred Fischer was born in Austria. After making a first senior appearance for SC Wiener Neustadt in the 2015 - 2016 season, the talented Midfielder has scored a sum of 2 league goals in this Bundesliga 2021 - 2022 campaign so far in a total of 15 appearances.

While we have made these predictions for Austria Vienna v Sturm Graz for this match preview with the best of intentions, no profits are guaranteed. Always gamble responsibly, and with what you can afford to lose. Good luck!