Kristiansund will arrive at Haugesund Stadion on Sunday for the Eliteserien game with hosts FK Haugesund.

Our tips, poll and stats for FK Haugesund v Kristiansund can all be found here (inc. the best betting odds).

FK Haugesund will be wanting a better result here after a 5-1 Eliteserien defeat in their last game at the hands of Viking FK.

It has been a rare occasion in recent games where FK Haugesund haven’t conceded. The reality is that FK Haugesund have failed to prevent opponents from scoring in 6 of their previous 6 games, giving up 14 goals along the way. Let’s find out whether or not that trend will be sustained here.

In their last game, Kristiansund drew 2-2 in the Eliteserien match with Hamarkameratene.

The stats tell the story, and Kristiansund have been scored against in 6 of their last 6 games, seeing opposing sides hit 11 goals in total. Defensively, Kristiansund just haven’t been too solid at all.

Going into this game, the form guide shows that Kristiansund:

Looking over their past head-to-head clashes going back to 19/05/2019 tells us that FK Haugesund have won 2 of these games and Kristiansund 1, with the number of drawn matches being 3.

In all, 20 goals were shared by the two clubs during those clashes, with 12 of them for FKH and 8 belonging to KBK. The average goals per game has been 3.33.

The previous league contest featuring these sides was Eliteserien match day 19 on 18/09/2021 and the score finished Kristiansund 3-2 FK Haugesund.

At the other end, FK Haugesund got 12 attempts at goal with 3 on target. Benjamin Hansen (22') and Niklas Sandberg (50') scored.

The referee was Marius Grøtta.

The FK Haugesund boss Jostein Grindhaug has a full complement, with no fitness concerns at all coming into this game owing to a fully healthy squad ready to go.

Owing to a completely healthy group to pick from, the Kristiansund boss Christian Michelsen doesn’t have any fitness worries whatsoever before this match.

We’re thinking that Kristiansund may find it difficult to register a score against this FK Haugesund lineup who we think should win and very possibly keep a clean sheet.

We’re therefore tipping a very competitive encounter with a 1-0 winning margin for FK Haugesund when the full-time whistle blows. 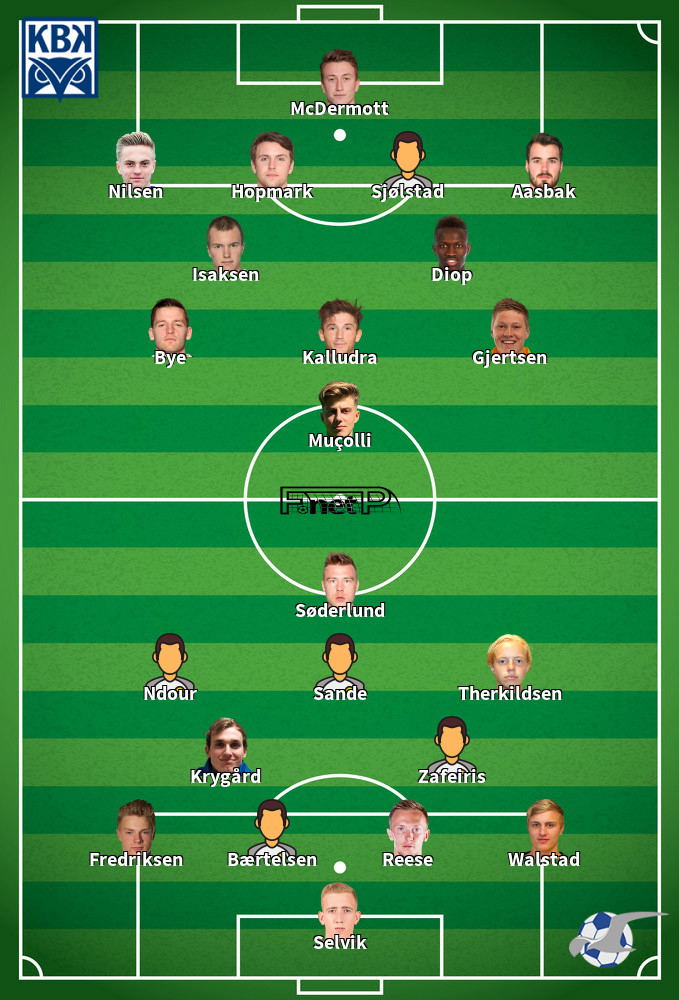 While we have made these predictions for FK Haugesund v Kristiansund for this match preview with the best of intentions, no profits are guaranteed. Always gamble responsibly, and with what you can afford to lose. Best of luck with your selections.