Sunderland will be visiting Highbury Stadium on Saturday for the League One clash with hosts Fleetwood Town.

All Fleetwood Town v Sunderland match predictions, user poll and stats are shown below - as well as up-to-date odds.

Fleetwood Town are hoping to win again after their last result, the 2-4 League One triumph against Rotherham United.

Fleetwood Town have been conceding pretty frequently of late, although they have also done enough to hit the back of the net themselves. Over their last 6 matches, Fleetwood Town have conceded in 6 of them while also getting on the scoresheet in 5 of those games. Such a pattern isn’t assured to be continued into this next game, though.

Going into this encounter, Fleetwood Town have not registered a win against Sunderland in their previous 4 league matches.

Sunderland will go into this meeting following a 2-1 League One win versus Accrington Stanley in their previous match.

For Sunderland, goals were scored by Dan Neil (15') and Carl Winchester (58'). Michael Nottingham (30') was the scorer for Accrington Stanley.

Looking at their form, and Sunderland have been scored against in 5 of their last 6 games, conceding 6 goals in total. Defensively, Sunderland could really do with shoring things up.

Heading into this fixture, Sunderland are undefeated by Fleetwood Town when they've played them away from home in the last 2 matches in the league.

A look at their past head-to-head meetings going back to 30/04/2019 shows that Fleetwood Town have won 2 of these games and Sunderland 1, with the tally of drawn results being 3.

14 goals were yielded between them during those clashes, with 7 from The Fishermen and 7 belonging to The Black Cats. This gives an average number of goals per game equal to 2.33.

The previous league encounter between these clubs was League One match day 31 on 23/02/2021 which ended up with the score at Sunderland 2-0 Fleetwood Town.

Sunderland boss Lee Johnson has not got a full squad to pick from. Jordan Willis (Patella rupture) and Arbenit Xhemajli (Cruciate Ligament Surgery) will not be playing here.

We’re thinking that Fleetwood Town could well find it tough to be putting a goal past this Sunderland outfit who we think will likely be able to get on the scoresheet themselves in a winning performance.

We’re therefore predicting a very even match with a 0-1 winning score for Sunderland when the full-time whistle blows. 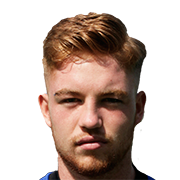 Regularly playing in the Centre Midfield position, Callum Camps was born in Stockport, England. After having played his first senior match for Rochdale in the 2012 - 2013 season, the accomplished Midfielder has scored a sum of 2 league goals in the League One 2021 - 2022 season so far coming from a total of 4 appearances.

While we have made these predictions for Fleetwood Town v Sunderland for this match preview with the best of intentions, no profits are guaranteed. Always gamble responsibly, and with what you can afford to lose. Best of luck.