The 2. Liga clash at Josko Arena on Friday sees home side SV Ried go into battle with Floridsdorfer AC.

Scroll down for all of our predictions, poll and stats for the SV Ried v Floridsdorfer AC game (inc. the best betting odds).

SV Ried will want to continue from where they left off last time out with a 2-3 2. Liga triumph over SV Horn.

SV Ried have not been the best at stopping their opponents of late, although they’ve also found ways to convert their own chances into goals. Looking at their last 6 games, SV Ried have seen their goal breached in 5 of them as well as getting on the scoresheet in 6 of those games. Previous results aside, we must now wait to see if that pattern shall continue on here in this game.

A look at their previous results shows us that SV Ried:

Floridsdorfer AC will go into the match after a 2-0 2. Liga win to beat KSV 1919 in their most recent outing.

For Floridsdorfer AC, the scorers were Milan Jurdík (6') and Tolga Günes (11').

Ahead of this meeting, Floridsdorfer AC haven’t won away from home in the past 6 league games.

A glance at their prior head to head clashes dating back to 22/09/2017 tells us that SV Ried have won 4 of these games and Floridsdorfer AC 1, with the tally of draws standing at 1.

A combined total of 20 goals were scored between the two sides throughout the course of those matches, with 14 from SV Ried and 6 netted by Floridsdorfer. That’s an average goals per game figure of 3.33.

Johannes Kreidl (Knock) and Ante Bajic (Shoulder Injury) are not available for SV Ried boss Gerald Baumgartner. The players ineligible for this match because of suspension are Thomas Reifeltshammer and Reuben Acquah.

With a completely healthy squad available for selection, Floridsdorfer AC manager Aleksandar Gitsov has zero fitness concerns at all coming into this match. Mirnes Becirovic is ineligible for this match because of suspension.

It certainly seems that Floridsdorfer AC will need to be at their best to find the back of the net against a SV Ried outfit who should dominate proceedings.

We are anticipating a commanding 3-0 win for SV Ried at the end of the game. 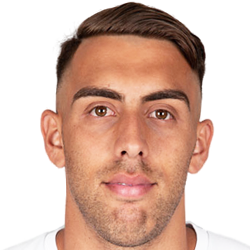 Mostly taking to the field in the Striker position, Jefté Betancor was born in Las Palmas de Gran Canaria, Spain. Having made a first senior appearance for Hércules CF in the 2011 - 2012 season, the talented Forward has managed to score 13 league goals in this 2. Liga 2019 - 2020 campaign to date coming from a total of 27 appearances.

We have made these SV Ried v Floridsdorfer AC predictions for this match preview with the best intentions, but no profits are guaranteed. Please always gamble responsibly, only with money that you can afford to lose.