Our tips, poll and stats for Juventude v Fortaleza can all be found here - as well as the best betting odds.

Juventude will be looking to improve on their last outing here following a 2-1 Serie A losing effort in their last game against Palmeiras.

In that game, Juventude had 33% possession and 6 shots on goal with 1 on target. The only player to score for Juventude was Parede (63'). Palmeiras got 23 attempts at goal with 9 of them on target. Rony (46') and Murilo (66') scored for Palmeiras.

Juventude have found it difficult to unlock defences in recent times. Their ‘goals for’ figure equals just 4 versus opposition teams during their last six outings. In those meetings, Juventude have also seen the number of goals against them come to 11.

Their past results show that Juventude:

Following on from a losing effort in their last game against Fluminense in Serie A competition, Fortaleza will be hoping to turn things around here.

Over the course of their last six outings, Fortaleza have helped themselves to the sum of 7 goals. Fortaleza have additionally got on the scoresheet in every single one of those games. In that time, they’ve had 7 goals go against them. We shall soon find out if that trend will be sustained into this next match.

Coming into this contest, Fortaleza haven't been defeated by Juventude in games played away from home for the previous 2 matches in the league.

Checking on their prior head-to-head clashes stretching back to 02/11/2005 shows that Juventude have won 1 of these & Fortaleza 2, with the number of drawn results being 3.

A sum of 16 goals were yielded between them in this period, with 7 from Juve and 9 created by Fortaleza. That’s an average goals per game figure of 2.67.

The last league contest between these clubs was Serie A match day 8 on 28/05/2022 which ended up with the score at Fortaleza 1-1 Juventude.

In that game, Fortaleza had 62% possession and 14 attempts on goal with 3 of them on target. Their only player on the scoresheet was José Welison (65').

The match was refereed by Andre Luiz Castro.

Due to a fully healthy squad ready to go, the Fortaleza boss Juan Vojvoda has no fitness concerns to speak of ahead of this clash.

We think that Juventude could well find it tough to breach the defence of this Fortaleza side who we think will likely end up scoring and possibly keep a clean sheet as well.

We therefore see a hard-fought 0-1 advantage for Fortaleza at the end of the 90 minutes. 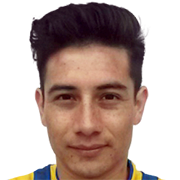 Normally deployed in the Left Wing position, Óscar Ruiz was born in Paraguay. After having played his first senior match for Bahia in the 2021 season, the goalscoring Forward has managed 3 league goals in this Série A 2022 season so far from a total of 18 appearances.

While we have made these predictions for Juventude v Fortaleza for this match preview with the best of intentions, no profits are guaranteed. Always gamble responsibly, and with what you can afford to lose. Best of luck.