The Bundesliga 2 meeting at Merkur Spiel-Arena on Saturday sees hosts Fortuna Dusseldorf fighting it out with opponents Karlsruhe.

Our predictions, user poll and statistics for Fortuna Dusseldorf v Karlsruhe can be found here including the latest game odds.

Fortuna Dusseldorf will be looking for a repeat result of a 1-2 Bundesliga 2 triumph against Darmstadt.

At least three goals per game were recorded in 5 of the last 6 meetings where Fortuna Dusseldorf have taken part. Their opponents scored 10 of them in this period whereas Fortuna managed a tally of 10. That sort of trend isn’t assured to be continued here, though.

Coming into this fixture, Fortuna Dusseldorf haven't lost in the league to Karlsruhe in their previous 3 matches.

Following on from a losing effort in their last game against Osnabruck in Bundesliga 2 action, Karlsruhe and their travelling supporters will be hoping that they can get a better result in this one.

In that match, Karlsruhe had 62% possession and 14 attempts at goal with 4 on target. VfL Osnabrück got 7 shots on goal with 2 on target. Christian Santos (48') was the scorer for Osnabruck.

In 5 of the past six games featuring Karlsruhe, a notably low volume of goals have been scored between them and opposing sides. The overall average number of goals per game within that spell comes to a paltry 1.17, with the average goals for Karlsruhe standing at 0.5.

Their past results show that Karlsruhe:

A review of their most recent head to head meetings dating back to 08/02/2015 tells us that Fortuna Dusseldorf have won 2 of these games & Karlsruhe 1, with the tally of drawn results being 3.

A total of 13 goals were shared by the two clubs throughout the course of those matches, with 8 for Fortuna and 5 netted by Karlsruhe. The average number of goals per game works out to 2.17.

The last league contest featuring these sides was Bundesliga 2 match day 11 on 13/12/2020 and the score finished Karlsruhe 1-2 Fortuna Dusseldorf.

The referee was Tobias Reichel.

Fortuna Dusseldorf manager Uwe Rösler will be thankful to have no fitness concerns whatsoever ahead of this game thanks to a fully healthy squad to pick from.

In an otherwise available group of players, there’s only a single fitness problem for the Karlsruhe manager Christian Eichner to be concerned about. Dirk Carlson (Fatigue fracture) won’t be playing here.

When taking everything into account, Karlsruhe might have a difficult job to see themselves scoring against this Fortuna Dusseldorf outfit who we reckon should score at least once to put them ahead.

We’re going for a very competitive game with a 1-0 winning score for Fortuna Dusseldorf at full-time. 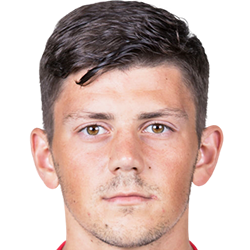 Customarily deployed in the Striker position, Dawid Kownacki was born in Poland. Having made a first senior appearance for Lech Poznań in the 2013 - 2014 season, the dangerous Forward has hit 4 league goals in the Bundesliga 2 2020 - 2021 season to date in 21 appearances.

While we have made these predictions for Fortuna Dusseldorf v Karlsruhe for this match preview with the best of intentions, no profits are guaranteed. Always gamble responsibly, and with what you can afford to lose. Good luck if you do place a bet today.