Fortuna Dusseldorf will do battle with guests Regensburg at Merkur Spiel-Arena in the Bundesliga 2 match on Saturday.

All Fortuna Dusseldorf v Regensburg match predictions, user poll and stats are shown below - as well as the best betting odds.

Fortuna Dusseldorf go into this match coming off the back of a 0-0 Bundesliga 2 draw versus Regensburg.

Fixtures with Fortuna Dusseldorf have often been exciting ones lately with plenty of scoring being a real hallmark. Over their past 6 clashes, a grand total of 21 goals have flown in for both sides combined (at an average of 3.5 goals per game) with 11 of those belonging to Fortuna Dusseldorf.

Going into this game, the form guide shows that Fortuna Dusseldorf:

Indicating their appetite for high-scoring encounters, we’ve had goals 20 times in the previous 6 games in which Regensburg have taken to the field, yielding a mean average of 3.33 goals each clash. Opposition teams have got 5 of those goals. Historical results aside, we must now wait to see whether that pattern shall persist in this game.

An examination of their past head-to-head clashes stretching back to 13/09/2008 tells us that Fortuna Dusseldorf have won 3 of these games & Regensburg 1, with the tally of draws standing at 2.

A sum of 21 goals were shared by the two clubs throughout the course of those matches, with 12 for Fortuna and 9 created by Regensburg. That’s an average goals per game figure of 3.5.

The last league contest featuring these clubs was Bundesliga 2 match day 21 on 13/02/2021 which finished with the scoreline of Regensburg 1-1 Fortuna Dusseldorf.

The match was refereed by Timo Gerach.

The Fortuna Dusseldorf manager Christian Preußer will be thankful to have no fitness worries at all before this clash thanks to a completely healthy squad ready to go.

Regensburg boss Mersad Selimbegović has not got a full squad to pick from. Aygün Yildirim (Fractured Foot) and David Otto (Ankle Injury) are those who can’t be considered.

In this game, Regensburg will likely be able to find the net against this Fortuna Dusseldorf outfit, however it possibly won’t quite be as many as they’ll concede.

We are anticipating both teams to score in a 2-1 winning margin for Fortuna Dusseldorf at the end of the 90 minutes. Let’s see what happens here. 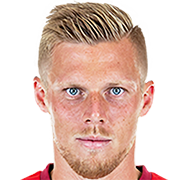 Mostly deployed in the Striker position, Rouwen Hennings was born in Germany. After having played his first senior match for Osnabruck in the 2007 - 2008 season, the talented Forward has contributed 4 league goals in this 2. Bundesliga 2021 - 2022 season to date in a total of 6 appearances.

We have made these Fortuna Dusseldorf v Regensburg predictions for this match preview with the best intentions, but no profits are guaranteed. Please always gamble responsibly, only with money that you can afford to lose. Best of luck with your selections.