Our full set of predictions, statistics and match poll for Heracles Almelo v Fortuna Sittard can be seen below (plus the best game odds).

Heracles Almelo will be hoping to bounce back here after a 1-0 Eredivisie losing effort in their last game against FC Twente.

It has been a rare occasion in recent games where Heracles Almelo have kept a clean sheet. In fact, Heracles Almelo have been scored against in 5 of their previous 6 matches, letting in 9 goals along the way. That kind of pattern won’t necessarily be carried forward into this game, though.

Coming into this clash, Heracles Almelo haven't been defeated in their previous 4 home league matches.

Following on from being defeated in their last game at the hands of PSV Eindhoven in Eredivisie action, Fortuna Sittard and their travelling fans will hope for a better result here.

Demonstrating their predisposition for high-scoring matches, we’ve had goals 22 times in the previous six matches in which Fortuna Sittard have taken to the pitch, making it a mean average of 3.67 goals each meeting. Opposing teams have got 12 from this total.

Ahead of this clash, Fortuna Sittard are without an away win for the past 7 league games.

Checking on their prior head-to-head meetings stretching back to 24/11/2018 shows that Heracles Almelo have won 3 of these games and Fortuna Sittard 2, with the number of drawn results standing at 1.

A combined total of 17 goals were yielded between them throughout the course of those matches, with 11 from Heraclieden and 6 netted by Sittard. The average number of goals per game works out to 2.83.

The previous league contest featuring these clubs was Eredivisie match day 21 on 05/02/2021 which ended up with the score at Fortuna Sittard 0-1 Heracles Almelo.

The referee was Martin Perez.

The Heracles Almelo manager Frank Wormuth has a full complement, with no fitness concerns to speak of coming into this clash owing to a completely healthy group available to select from.

With a fully healthy squad to pick from, the Fortuna Sittard boss Sjors Ultee has zero fitness worries to speak of coming into this game.

We envisage that Heracles Almelo should have the majority of the possession and should be able to turn a few of their chances into goals.

At the same time, Fortuna Sittard could well struggle to get a goal of their own but do we see them hitting back at some stage here, too.

Our selection here is for a decent 3-1 margin for Heracles Almelo when the full-time whistle blows. 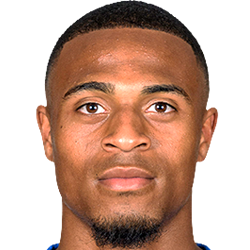 Usually taking up the Right Wing position, Delano Burgzorg was born in Amsterdam, Netherlands. Having made his senior debut playing for De Graafschap in the 2017 - 2018 season, the talented Forward has managed to score 4 league goals in the Eredivisie 2021 - 2022 campaign so far in a total of 11 appearances.

We have made these Heracles Almelo v Fortuna Sittard predictions for this match preview with the best intentions, but no profits are guaranteed. Please always gamble responsibly, only with money that you can afford to lose.