Freiburg II meet visiting side Osnabruck at Dreisamstadion in this 3rd Liga fixture on Sunday.

Our full set of predictions, statistics and match poll for Freiburg II v Osnabruck can be seen below (inc. the best betting odds).

Freiburg II will be hoping for a better result after the 3-1 3rd Liga loss in their previous game against Wehen Wiesbaden.

The only player to score from Freiburg II was Lars Kehl (7'). Benedict Hollerbach (31'), Kianz Froese (82') and Ivan Prtajin (85') scored for Wehen Wiesbaden.

Freiburg II haven’t been able to stop scoring goals, hitting the target every time they’ve gone out to play in their last 6 matches.

They have claimed a sum of 8 during that time while also conceding a total of 6.

Going into this encounter, Freiburg II have not been beaten in their last 6 home league matches.

Osnabruck will come into the match after a 1-0 3rd Liga win with the eclipse of RW Essen in their previous game.

The only player to score from Osnabruck was Ba-Muaka Simakala (35').

The stats tell the story, and Osnabruck have been scored against in 5 of their last 6 matches, seeing their opponents hit 9 goals overall. At the back, Osnabruck have been far from perfect. We shall soon find out if that trend will be sustained in this game.

The previous league clash featuring these clubs was 3rd Liga match day 36 on 30/04/2022 which finished with the scoreline of Freiburg II 4-1 Osnabruck.

With a completely injury-free squad available to select from, the Osnabruck manager Tobias Schweinsteiger does not have any fitness concerns whatsoever before this game.

Looking at these two, we feel that Osnabruck and Freiburg II may well end up cancelling each other out here.

There should be little in it, and a draw looks to be quite a realistic result. That is why we are leaning toward a very close game with a 1-1 score draw at the end of this one. 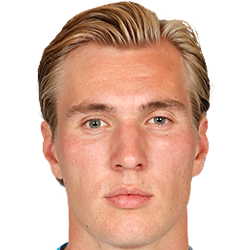 Regularly taking up the Striker position, Vincent Vermeij was born in Blaricum, Netherlands. After having played his first senior match for Jong Ajax in the 2013 - 2014 season, the goalscoring Forward has managed 3 league goals in the 3. Liga 2022 - 2023 season to date from a total of 8 appearances.

While we have made these predictions for Freiburg II v Osnabruck for this match preview with the best of intentions, no profits are guaranteed. Always gamble responsibly, and with what you can afford to lose. Good luck if you do place a bet today.