Frosinone will be at Stadio Paolo Mazza on Tuesday for the Serie B clash with hosts SPAL.

SPAL will be hoping to return to winning ways here following the 3-1 Serie B losing effort in their last game against Brescia.

SPAL have been conceding pretty frequently lately, although they have also done enough to hit the back of the net themselves. Looking at their last 6 games, SPAL have seen their goal breached in 5 of them in addition to getting on the scoresheet in 6 of those games.

Looking at the pre-match facts, SPAL:

Frosinone come into this game after a 3-1 Serie B win with the defeat of Pisa in their last fixture.

The numbers tell their own story, and Frosinone have been scored against in 5 of their last 6 matches, with opponents netting 8 goals in all. At the back, Canarini have been far from perfect. Having said that, it remains to be seen if that trend shall be sustained here in this game.

Ahead of this meeting, Frosinone have not won away from home in their last 3 league matches.

The previous league meeting featuring these sides was Serie B match day 17 on 04/01/2021 which finished with the scoreline of Frosinone 1-2 SPAL.

In that match, Frosinone had 48% possession and 17 attempts at goal with 5 on target. The scorer was Grigoris Kastanos (25').

For their opponents, SPAL got 12 attempts at goal with 4 on target. Salvatore Esposito (40') and Alberto Paloschi (87') scored.

The referee was Simone Sozza.

SPAL manager Massimo Rastelli doesn’t have any fitness worries to speak of coming into this clash owing to a completely injury-free squad to choose from.

Frosinone manager Fabio Grosso has to choose from a squad that has some fitness concerns. Riccardo Baroni (Knee Surgery) and Luigi Vitale (Biceps femoris muscle injury) miss out here.

Frosinone are dangerous enough to break down this SPAL side, although it probably won’t quite prevent them from conceding a couple at the other end.

We are anticipating a close game with a 2-1 victory for SPAL after the 90. It should be a decent one. 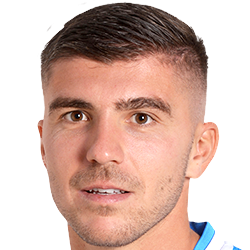 Normally deployed in the Striker position, Alberto Paloschi was born in Chiari, Italy. After having played his first senior match for AC Milan in the 2007 - 2008 season, the gifted Forward has netted 7 league goals in the Serie B 2020 - 2021 season so far coming from a total of 24 appearances.

While we have made these predictions for SPAL v Frosinone for this match preview with the best of intentions, no profits are guaranteed. Always gamble responsibly, and with what you can afford to lose. Good luck with your selections.