The 3rd Liga meeting at GGZ-Arena on Wednesday sees hosts Zwickau go up against Meppen.

Scroll down to see all of the predictions, poll and statistics for Zwickau v Meppen - plus the latest betting odds.

Zwickau will be hoping to bounce back here following a 3-2 3rd Liga losing effort in their last game against Ingolstadt.

It’s been seldom in recent times where Zwickau have shown defensive steel. The reality is that Zwickau have failed to prevent opponents from scoring in 5 of their previous 6 matches, leaking 9 goals on the way. That sort of pattern might not be continued into this game, however.

After tasting defeat last time out to Hansa Rostock in 3rd Liga competition, Meppen will be hoping to turn things around here.

The numbers tell their own story, and Meppen have been scored against in 5 of their last 6 matches, seeing their opponents hit 11 goals in all. In defence, Meppen have seen their frailties exposed.

Leading up to this clash, Meppen:

If we look at their past head to head meetings dating back to 10/02/2018, there has been little to separate the clubs with Zwickau winning 2 of those games, Meppen 2 and 2 being draws in normal time.

An aggregate of 14 goals were produced between them during those clashes, with 7 for Zwickau and 7 belonging to Meppen. That’s an average goals per game figure of 2.33.

The previous league fixture between these clubs was 3rd Liga match day 16 on 16/12/2020 and the score finished Meppen 1-2 Zwickau.

The referee was Robin Braun.

Zwickau manager Joe Enochs will be grateful to have no fitness worries at all before this match owing to a completely healthy group available to choose from.

We’ve got the feeling that Meppen could find themselves struggling to hit the back of the net against this Zwickau outfit who we reckon should emerge victorious.

We’re therefore expecting a highly competitive game with a 1-0 winning score for Zwickau at the conclusion of the game. 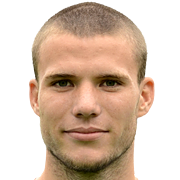 Mostly deployed in the Central Attacking Midfielder position, Manfred Starke was born in Windhoek, Namibia. After having made a senior debut playing for Hansa Rostock in the 2011 - 2012 season, the talented Midfielder has bagged 5 league goals in this 3. Liga 2020 - 2021 campaign so far from a total of 29 appearances.

We have made these Zwickau v Meppen predictions for this match preview with the best intentions, but no profits are guaranteed. Please always gamble responsibly, only with money that you can afford to lose. Good luck!