Return to this page a few days before the scheduled game when this expired prediction will be updated with our full preview and tips for the next match between these teams.
Full-Time Result Prediction for Fuenlabrada vs CD Lugo
Fuenlabrada to Win
The LaLiga2 match at Estadio Fernando Torres on Sunday will see home side Fuenlabrada go into battle with CD Lugo.

In this match, CD Lugo must be fancied to break down this Fuenlabrada side, however that may not quite be as many as they’ll concede. We think that it’s going to be a very close game with a 2-1 winning margin for Fuenlabrada at full-time. Let’s see what eventuates. All of our predictions, stats and the user poll for Fuenlabrada v CD Lugo are shown below (inc. the best betting odds).

Heading into this contest, Fuenlabrada have not won at home in their last 4 league matches. Their supporters are understandably frustrated. 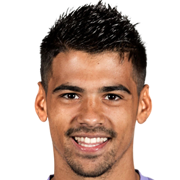 Normally deployed in the Right Wing position, Ibán Salvador was born in L’Hospitalet, Spain. After making a first senior appearance for Real Valladolid in the 2016 - 2017 season, the accomplished Forward has struck 3 league goals in the LaLiga2 2019 - 2020 season so far from a total of 16 appearances.

We have made these Fuenlabrada v CD Lugo predictions for this match preview with the best intentions, but no profits are guaranteed. Please always gamble responsibly, only with money that you can afford to lose. Best of luck with your selections.