Västerås SK head to Gamla Ullevi on Monday for the Superettan clash with home team GAIS.

Our GAIS v Västerås SK predictions, statistics and match poll can be seen below - as well as the best betting odds.

GAIS won’t want a repeat of their last result here following the 2-1 Superettan losing effort in their last game against IK Brage.

Three or more goals per match were seen in 5 of the last 6 fixtures where GAIS have played. Opposing sides scored 11 of them in these games whereas Makrillarna managed to get a total of 7.

Coming into this fixture, GAIS haven't been defeated in their previous 7 home league matches.

Following on from being defeated in their last game at the hands of AFC Eskilstuna in Superettan competition, Västerås SK will be hoping to turn things around here.

Wilhelm Loeper (81') was the scorer for AFC Eskilstuna.

Thomas Askebrand's Västerås SK have fired home a total of 7 times in the course of their most recent 6 matches. The overall goals that have been scored against them during those matches equals 8.

Heading into this fixture, Västerås SK haven’t won away from home in the past 8 matches in the league. It's not a good run at all.

The previous league fixture between the two was Superettan match day 4 on 05/07/2020 which ended up with the score at Västerås SK 2-2 GAIS.

Owing to a completely injury-free squad available to choose from, Västerås SK manager Thomas Askebrand does not have any fitness worries whatsoever coming into this match.

GAIS will need to put in a solid display to score goals against this Västerås SK team who we reckon should gain the upper hand.

With that in mind, we reckon that it will be a very competitive game with a 0-1 advantage for Västerås SK at the conclusion of the game.

Over/Under 2.5 Goals Prediction for GAIS vs Västerås SK
Under 2.5 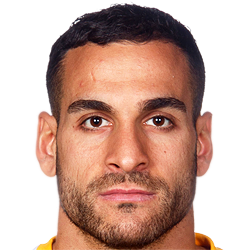 Customarily playing in the Left Wing position, Mervan Çelik was born in Hisingen, Sweden. After making a first senior appearance for GAIS in the 2008 season, the accomplished Forward has contributed 4 league goals in the Superettan 2020 campaign so far in a total of 17 appearances.

While we have made these predictions for GAIS v Västerås SK for this match preview with the best of intentions, no profits are guaranteed. Always gamble responsibly, and with what you can afford to lose. Good luck!

⚽️ Where can I get the tips for other Superettan matches?

You can see all of the upcoming (and previous) Superettan predictions & previews here.