Return to this page a few days before the scheduled game when this expired prediction will be updated with our full preview and tips for the next match between these teams.
Full-Time Result Prediction for Çaykur Rizespor vs Galatasaray
Galatasaray to Win
Çaykur Rizespor host away side Galatasaray at Yeni Rize Şehir Stadyumu in the Süper Lig match on Sunday.

We’ve got the feeling that Çaykur Rizespor should have enough to breach the defence of this Galatasaray outfit, although just one goal might not be as many as they will have scored against them. Therefore, we’re predicting a tight encounter finishing with a 1-2 advantage for Galatasaray at the end of the match. It really should be an interesting one. View all of the Çaykur Rizespor v Galatasaray predictions, poll and stats below - as well as the best betting odds.

Their past results show that Çaykur Rizespor: 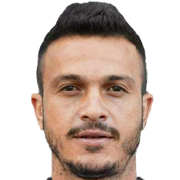 Regularly taking to the field in the Centre Midfield position, Fernando Henrique Boldrin was born in Cravinhos, Brazil. After having made a senior debut playing for Slovan Liberec in the 2006 - 2007 season, the talented Midfielder has hit 4 league goals in the Süper Lig 2019 - 2020 campaign to date in a total of 23 appearances.

We have made these Çaykur Rizespor v Galatasaray predictions for this match preview with the best intentions, but no profits are guaranteed. Please always gamble responsibly, only with money that you can afford to lose. Best of luck with your selections.