To see all of our predictions, user poll & stats for Galatasaray v Gaziantep, scroll down (including the best match odds).

Galatasaray enter this game after a 2-2 Süper Lig drawn result versus Antalyaspor.

For Galatasaray, the goals were scored by Marcelo Saracchi (58') and Younès Belhanda (64'). Fredy (19') and Gustavo Blanco (92') scored for Antalyaspor.

Cimbom have been conceding pretty frequently of late, although they’ve also found ways to hit the back of the net themselves. Analysis of their previous 6 games shows that Cimbom have conceded in 6 of them as well as getting on the scoresheet in 5 of those games. We will just have to see if that trend will be continued on here.

Gaziantep will go into this match following on from a 0-1 Süper Lig win in the defeat of Yeni Malatyaspor in their previous game.

The only player to score from Gaziantep was Papy Djilobodji (63').

Over the course of their previous half-dozen clashes, Gaziantep have helped themselves to a tally of 9 goals. Gaziantep have also not failed to score on each one of those occasions. During those fixtures, they’ve had 5 goals go against them.

The previous league contest between these clubs was Süper Lig match day 28 on 21/06/2020 which finished with the scoreline of Galatasaray 3-3 Gaziantep.

Thanks to a completely injury-free group to choose from, Gaziantep manager Marius Şumudică doesn’t have any fitness worries at all ahead of this match.

We’re of the view that Gaziantep will likely create enough chances to breach the defence of this Galatasaray lineup, although it isn’t expected to be enough to prevent defeat.

We can see a tight encounter finishing with a 2-1 winning score for Galatasaray after 90 minutes. There shouldn’t be much in it, either way.

Both Teams to Score Prediction for Galatasaray vs Gaziantep
Yes 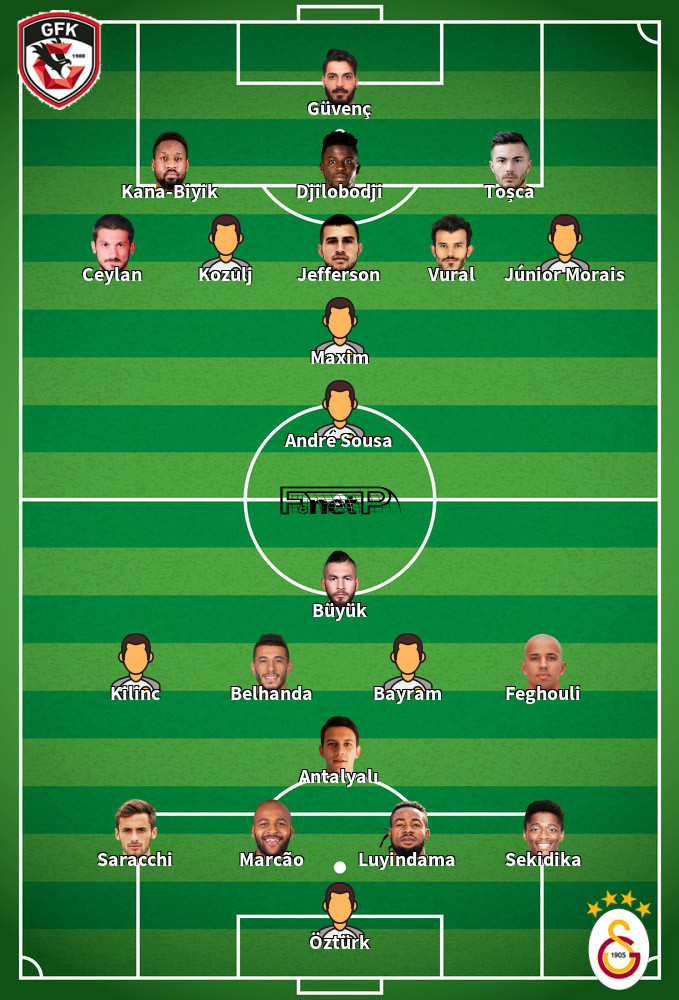 We have made these Galatasaray v Gaziantep predictions for this match preview with the best intentions, but no profits are guaranteed. Please always gamble responsibly, only with money that you can afford to lose. Good luck!