Galatasaray will be at Başakşehir Fatih Terim Stadyumu on Sunday for the Süper Lig meeting with home side İstanbul Başakşehir.

Our İstanbul Başakşehir v Galatasaray predictions, statistics and match poll can be seen below - as well as the best betting odds.

İstanbul Başakşehir will be looking for an improved result here after the 2-0 Süper Lig loss in their previous game against Hatayspor.

Hélder Barbosa (90') was the scorer for Hatayspor.

Fixtures involving İstanbul Başakşehir have often been absorbing affairs lately with high scoring anticipated. Over their past 6 games, the sum of 20 goals have gone in for both teams combined (at an average of 3.33 goals per game) with 8 of them being chalked up by Belediye.

Galatasaray go into this meeting following a 1-3 Europa League Qualifiers win with the defeat of Neftçi in their most recent match.

Indicating their bias toward high-scoring matches, the back of the net has been hit 22 times in the prior 6 games in which Galatasaray have sent out their troops, yielding a mean average of 3.67 goals per fixture. Opposing teams have hit 10 of this grand total. That pattern isn’t assured to follow through into this next game, however.

Their prior results show that Galatasaray:

Looking at the statistics for their head to head duels dating back to 18/11/2017, neither club has come out on top overall with İstanbul Başakşehir winning 2 of those games, Galatasaray 2 and 2 being draws in regulation time.

In all, 16 goals were shared by the two clubs in these games, with 9 from Belediye and 7 belonging to Cimbom. The average goals per game has been 2.67.

The previous league clash between the two was Süper Lig match day 29 on 28/06/2020 and the score finished İstanbul Başakşehir 1-1 Galatasaray.

İstanbul Başakşehir manager Okan Buruk doesn’t have any fitness concerns to speak of coming into this clash owing to a fully healthy squad ready to go.

Galatasaray manager Fatih Terim has to contend with a number of unavailable players. Oghenekaro Etebo (Unknown Injury), Emre Akbaba (Thigh Muscle Strain) and Fernando Muslera (Tibia and Fibula Fracture) can’t be considered. Valentine Ozornwafor will not be able to play in this game through being suspended.

Looking at these two, we feel that Galatasaray and İstanbul Başakşehir may well end up cancelling each other out here.

Let’s see what happens, but it could well be that we end up with scores level. Therefore, we predict a very close game with a 1-1 score draw at the end of the 90.

Both Teams to Score Prediction for İstanbul Başakşehir vs Galatasaray
Yes 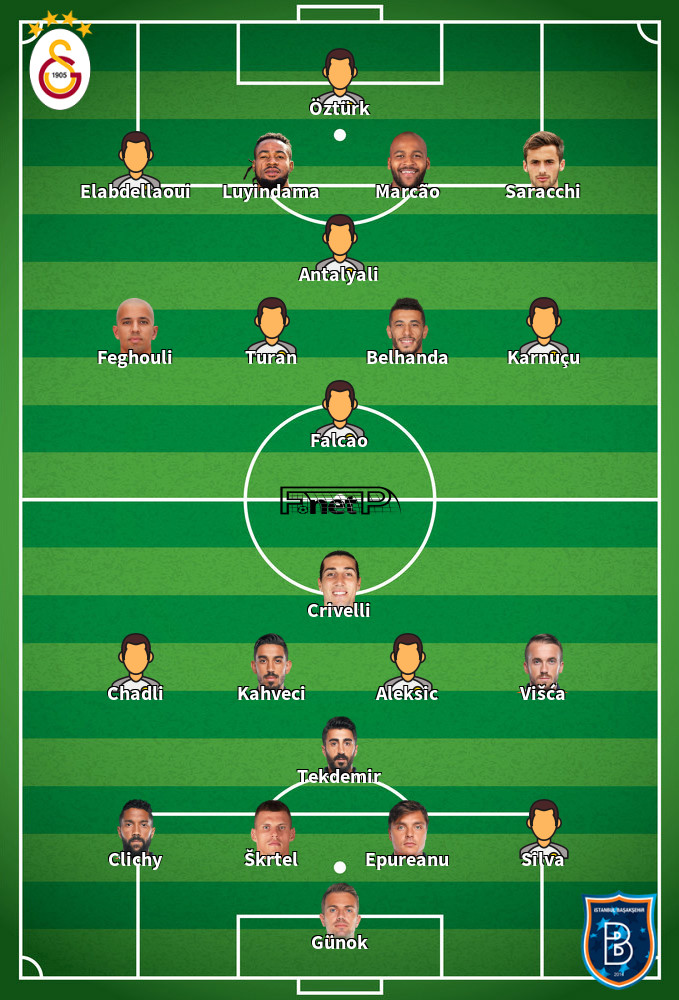 We have made these İstanbul Başakşehir v Galatasaray predictions for this match preview with the best intentions, but no profits are guaranteed. Please always gamble responsibly, only with money that you can afford to lose. Best of luck.