Return to this page a few days before the scheduled game when this expired prediction will be updated with our full preview and tips for the next match between these teams.
Full-Time Result Prediction
👉
Urawa Red Diamonds to Win

Gamba Osaka will arrive at Saitama Stadium 2002 on Saturday for the J1 League fixture with home side Urawa Red Diamonds.

All of our predictions, stats and the user poll for Urawa Red Diamonds v Gamba Osaka are shown below - along with the latest match odds.

Urawa Red Diamonds will be looking to improve on their last outing here after a 5-1 J1 League defeat last time out to Vissel Kobe.

Ricardo Rodríguez's Urawa Red Diamonds have seen rewards for their attempts on goal 8 times in their past 6 outings. The comparative number of goals that have been scored against them in those same games amounts to 6.

Ahead of this meeting, Urawa Red Diamonds haven't been defeated in their previous 4 home league matches.

Following on from suffering a loss in their previous game against Consadole Sapporo in J1 League action, Gamba Osaka and their fans will hope to get a better result this time.

Gamba Osaka have regularly broken through opposing defences in their most recent fixtures, scoring 7 times in their last 6 matches. Having said that, Gamba Osaka can also improve defensively after being scored against in 6 of those same games. It will be interesting to find out if that trend will be continued on in this game.

Taking a look at their past results, Gamba Osaka:

If we look at their past head to head meetings dating back to 03/11/2018, both clubs have shared the honours with Urawa Red Diamonds winning 3 of those games, Gamba Osaka 3 and 0 being drawn in regulation time.

An aggregate of 20 goals were scored between them during those clashes, with 11 of them from Reds and 9 coming from Gamba Osaka. That is an average goals per game value of 3.33.

The previous league contest featuring the two was J1 League match day 14 on 16/05/2021 which ended up with the score at Gamba Osaka 0-3 Urawa Red Diamonds.

On that occasion, Gamba Osaka managed 58% possession and 14 attempts at goal with 3 of them on target.

The Urawa Red Diamonds boss Ricardo Rodríguez will be thankful to have no fitness concerns whatsoever ahead of this match owing to a completely healthy squad available to choose from.

Here is a game where Gamba Osaka will have to work hard as a team to break down this Urawa Red Diamonds outfit who we think should end up scoring and possibly keep a clean sheet as well.

Our tip is therefore for a narrow 1-0 advantage for Urawa Red Diamonds at the end of this game. 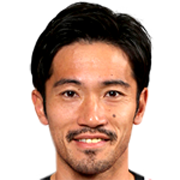 Normally taking up the Central Defensive Midfielder position, Yuki Abe was born in Chiba, Japan. After making a first senior appearance for JEF United Chiba in the 2001 season, the accomplished Midfielder has managed to score 3 league goals in the J1 League 2021 campaign so far in 12 appearances.

While we have made these predictions for Urawa Red Diamonds v Gamba Osaka for this match preview with the best of intentions, no profits are guaranteed. Always gamble responsibly, and with what you can afford to lose.