The National League meeting at Gateshead International Stadium on Tuesday sees hosts Gateshead up against opponents in Wrexham.

Scroll down to see all of the predictions, poll and statistics for Gateshead v Wrexham - along with the latest match odds.

Gateshead go into this game following a 1-1 National League tied result vs Barnet.

The only scorer from Gateshead was Danny Elliott (67'). Nicke Kabamba (87') scored for Barnet.

It has been all too rare in recent games that Gateshead have managed to hold out for a full 90 minutes. It will be a concern for them that Gateshead have seen their defence breached in 5 of their previous 6 games, leaking 8 goals in the process. Nevertheless, time will tell if such a trend might continue on in this next game.

Going into this encounter, Gateshead have not emerged victorious against Wrexham in their last 5 matches in the league.

Wrexham will go into this meeting following a 2-3 National League win over Maidstone United in their last fixture.

Demonstrating their partiality to eventful matches, we’ve had goals 25 times in the last 6 games in which Wrexham have taken to the pitch, yielding an average of 4.17 goals per meeting. Opposition teams have hit 7 of those goals.

Their previous form shows that Wrexham:

A review of their past head to head clashes going back to 11/03/2017 shows that Gateshead have won 1 of these games & Wrexham 3, with the number of draws being 2.

In all, 13 goals were shared by the two clubs in this period, with 5 of them from The Tynesiders and 8 coming from The Dragons. The average number of goals per game works out to 2.17.

The previous league clash between these clubs was National League match day 6 on 30/08/2022 which ended up with the score at Wrexham 3-1 Gateshead.

The Gateshead boss Mike Williamson will be happy not to have any fitness worries whatsoever coming into this match with a completely healthy squad to pick from.

Due to a mostly healthy group, there is only the one fitness worry for the Wrexham manager Phil Parkinson to contend with. Jordan Davies (Knee Injury) won’t be playing here.

We’ve got the feeling that Gateshead will have to perform well to be putting a goal past this Wrexham outfit who we reckon should get the win and a maybe even keep a clean sheet as well.

Therefore, we predict a hard-fought 0-1 win for Wrexham at the end of the match. 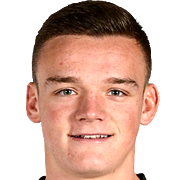 Generally deployed in the Central Defensive Midfielder position, Owen Bailey was born in Newcastle, England. Having played his first senior match for Gateshead in the 2022 - 2023 season, the gifted Midfielder has netted 4 league goals in this National League 2022 - 2023 season so far in a total of 23 appearances.

While we have made these predictions for Gateshead v Wrexham for this match preview with the best of intentions, no profits are guaranteed. Always gamble responsibly, and with what you can afford to lose. Good luck with your selections.