Gaziantep will visit Yeni Hatay Stadyumu on Monday for the Super Lig fixture with home side Hatayspor.

Our Hatayspor v Gaziantep predictions, statistics and match poll can be seen below (including the best match odds).

In that game, Hatayspor managed 46% possession and 15 shots on goal with 6 on target. For Hatayspor, the goals were scored by Ayoub El Kaabi (35') and Mohamed Kamara (69'). Yeni Malatyaspor had 15 shots at goal with 2 of them on target.

Hatayspor haven’t had any problems with scoring, finding the back of the net in one hundred percent of their last 6 matches.

They have claimed a sum of 14 during that time and have conceded a total of 3. That kind of pattern won’t necessarily follow through here, however.

Gaziantep head into the clash following on from a 4-1 Super Lig win against Altay in their most recent fixture.

In the course of their 6 latest matches, Erol Bulut's Gaziantep have found the net a total of 8 times therefore giving them a goals scored per game average of 1.33.

The previous league encounter featuring these clubs was Super Lig match day 42 on 15/05/2021 when it ended Hatayspor 0-1 Gaziantep.

That time, Hatayspor had 67% possession and 12 shots on goal with 4 of them on target.

On the other side, Gaziantep had 9 attempts at goal with 4 on target. Jefferson (73') scored.

The referee was Serkan Tokat.

Onur Ergün (Unknown Injury) and Isaac Sackey (Unknown Injury) won’t be available for Hatayspor manager Ömer Erdoğan. The players who will not be able to play in this game through being suspended are Dylan Saint-Louis and Mehdi Boudjemaa.

Looking at these two teams, we feel that Gaziantep have the capability to get a goal against this Hatayspor lineup, however it may not be enough to avoid defeat.

We reckon that it will be a tight encounter finishing with a 2-1 win for Hatayspor after the 90. Should be an interesting one. 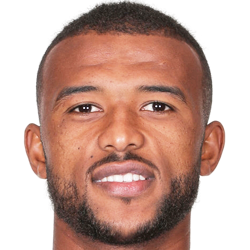 Regularly playing in the Striker position, Ayoub El Kaabi was born in Casablanca, Morocco. After having played his first senior match for Hatayspor in the 2021 - 2022 season, the dangerous Forward has got 4 league goals in this Süper Lig 2021 - 2022 campaign so far in 7 appearances.

While we have made these predictions for Hatayspor v Gaziantep for this match preview with the best of intentions, no profits are guaranteed. Always gamble responsibly, and with what you can afford to lose. Good luck!