Genoa meet visiting opponents Modena at Stadio Luigi Ferraris in this Serie B match on Saturday.

All of our predictions, stats and the user poll for Genoa v Modena are shown below (inc. the best betting odds).

Genoa will be looking for another win after the 1-0 Serie B success vs Modena.

In that game, Genoa had 66% possession and 10 shots on goal with 4 of them on target. The only player on the scoresheet for Genoa was Filip Jagiełło (44'). At the other end, Modena got 8 attempts at goal with 2 on target.

Over their preceding six games, Alexander Blessin's Genoa have scored a combined total of 9 times, an average number of goals per match equal to 1.5.

Looking at their past form shows that Genoa:

The numbers tell their own story, and Modena have been scored against in 6 of their last 6 matches, seeing their opponents hit 10 goals in total. At the back, Modena have some weaknesses to address.

Ahead of this meeting, Modena haven’t won away from home in the past 9 matches in the league. A poor run.

If we look at their past head to head meetings stretching back to 10/12/2001, both clubs have shared the honours with Genoa winning 1 of those games, Modena 1 and 4 being drawn after 90 minutes of play.

Goals were few and far between in those games, too, with a tally of 5 scored between them in total.

The last league encounter featuring these clubs was Serie B match day 6 on 17/09/2022 when it ended Genoa 0-0 Modena.

On that occasion, Genoa managed 68% possession and 3 shots on goal with 1 of them on target.

At the other end, Modena got 1 attempts on goal with 1 of them on target.

It doesn’t get much better regarding selection, with just a single fitness concern for the Genoa boss Alexander Blessin to be concerned with from an otherwise fully-primed set of players. Stefano Sturaro (Surgery) misses out. Albert Gudmundsson will not be able to play in this game through being suspended.

Modena manager Attilio Tesser has to choose from a squad that has some fitness concerns. Antonio Pergreffi (Unknown Injury) and Fabio Gerli (Muscular problems) are not ready for selection.

In our opinion, Genoa certainly have the ability to fashion enough chances to find the net more than once while possibly not conceding when they line up against Modena, who could well struggle finding the net themselves.

We can therefore see a 2-0 win for Genoa at full-time. 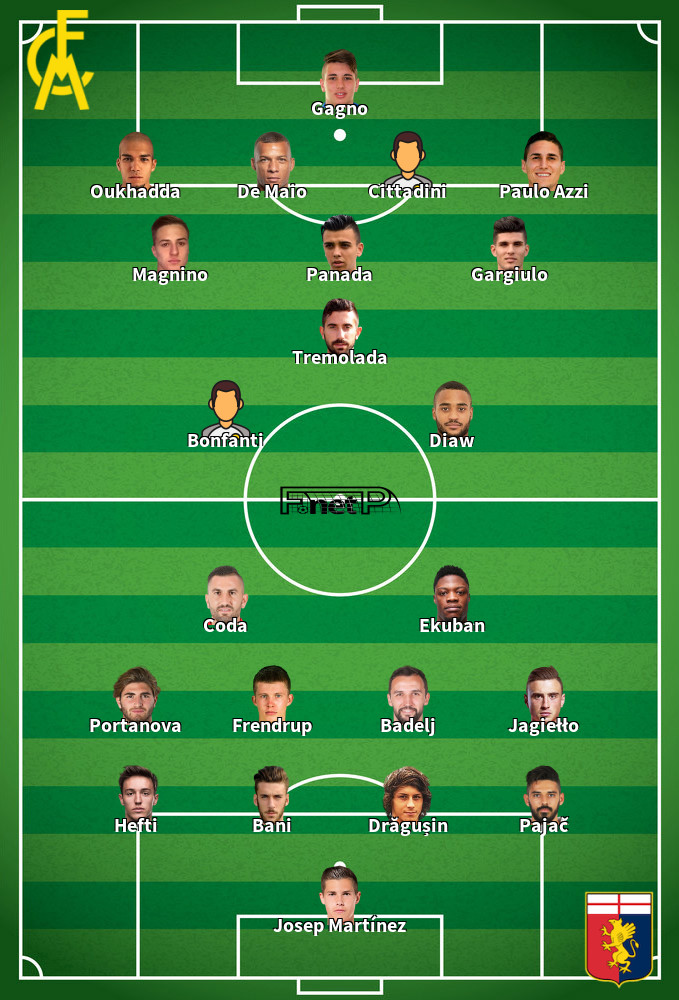 We have made these Genoa v Modena predictions for this match preview with the best intentions, but no profits are guaranteed. Please always gamble responsibly, only with money that you can afford to lose. We wish you the best of luck.