Udinese take on visiting club Genoa at Dacia Arena in the Serie A match on Sunday.

Udinese will be wanting a better result here following a 2-1 Serie A loss in their previous game against Torino.

In that game, Udinese managed 48% possession and 17 attempts at goal with 7 of them on target. The scorer for Udinese was Fernando Forestieri (77'). On the other side, Torino had 14 attempts on goal with 4 on target. Josip Brekalo (8') and Bremer (48') scored for Torino.

Udinese have been finding it hard to keep clean sheets of late, although they have also managed to hit the back of the net themselves. Looking at their last 6 games, Udinese have conceded in 6 of them while also getting on the scoresheet in 5 of those games. It will be interesting to find out whether or not that trend will be sustained into this next match.

Their past results show that Udinese:

After tasting defeat last time out to Roma in Serie A competition, Genoa and their travelling supporters will be hoping that they can get a better result in this one.

The stats don’t lie, and Genoa have been scored against in 5 of their last 6 games, with opponents netting 10 goals in all. Defensively, Genoa have not been doing too well.

Analysis of their past results shows that Genoa:

Looking over their most recent head-to-head meetings going back to 28/10/2018 shows that Udinese have won 3 of them & Genoa 0, with the tally of drawn matches standing at 3.

17 goals were yielded between them throughout the course of those matches, with 11 of them from Bianconeri Friuliani and 6 belonging to Il Grifone. This gives an average number of goals per game equal to 2.83.

The last league clash featuring these clubs was Serie A match day 27 on 13/03/2021 and the score finished Genoa 1-1 Udinese.

On that occasion, Genoa managed 57% possession and 11 attempts at goal with 2 of them on target. Their only player on the scoresheet was Goran Pandev (8').

Udinese got 9 attempts on goal with 3 on target. Rodrigo De Paul (30') scored.

The Udinese boss Luca Gotti will be thankful to have no fitness worries to speak of ahead of this game owing to a completely healthy squad available for selection.

Due to a completely injury-free group available for selection, the Genoa manager Andriy Shevchenko has no fitness concerns to report coming into this match.

Looking at these two teams, we feel that Genoa have the firepower to find the back of the net against this Udinese outfit, however that might not quite be as many as they’ll concede.

We’re expecting a tight encounter finishing with a 2-1 win for Udinese after the 90. Hopefully this is a good one. 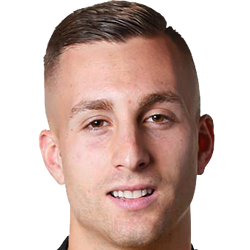 Regularly played in the Left Wing position, Gerard Deulofeu was born in Riudarenes, Spain. Having made his senior debut playing for Barcelona B in the 2011 - 2012 season, the accomplished Forward has managed 3 league goals in the Serie A 2021 - 2022 campaign so far from a total of 11 appearances.

We have made these Udinese v Genoa predictions for this match preview with the best intentions, but no profits are guaranteed. Please always gamble responsibly, only with money that you can afford to lose. Good luck!