Sint-Truidense VV are going up against visiting opponents KAA Gent at Hel Van Stayen in the First Division A tie on Sunday.

Sint-Truidense VV go into this fixture coming off the back of a 1-1 First Division A drawn result versus Club Brugge.

Under three goals per match were recorded in 5 of the past 6 meetings where Sint-Truidense VV have been participants. Regarding the goal split from that period, opposing sides scored an aggregate of 5 while Sint-Truidense VV got themselves 10.

Coming into this fixture, Sint-Truidense VV are winless against KAA Gent in their last 2 matches in the league.

In their last fixture, KAA Gent drew 0-0 in the First Division A tie with Charleroi.

The trend of at least one team not scoring a goal in games involving KAA Gent has become noticeable recently. Looking at their last six games shows that it has happened 5 times. During these clashes, their opponents have managed a goal total of 7 and KAA Gent have scored 4. We will have to see if that trend will end up being sustained in this game.

Ahead of this clash, KAA Gent haven't won against Sint-Truidense VV when they have played them away from home in the previous 3 matches in the league.

If we look at their past head to head duels stretching back to 23/02/2020, it’s been all-even between these two clubs with Sint-Truidense VV winning 2 of those games, KAA Gent 2 and 2 being drawn after 90 minutes of play.

A combined sum of 18 goals were scored between them in this period, with 8 for De Kanaries and 10 for De Buffalo's . The average number of goals per game works out to 3.

The last league game featuring the two was First Division A match day 2 on 30/07/2022 and the score finished KAA Gent 1-1 Sint-Truidense VV.

Sint-Truidense VV had 11 shots at goal with 7 of them on target. Daichi Hayashi (82') was the scorer.

Here, we’re thinking that Sint-Truidense VV might well have a job on their hands to be putting a goal past this KAA Gent team who we think will end up scoring and staying ahead. 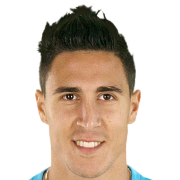 Usually taking to the field in the Right Wing position, Gianni Bruno was born in Rocourt, Belgium. Having played his first senior match for Lille in the 2011 - 2012 season, the dangerous Forward has scored 9 league goals in this Pro League 2022 - 2023 campaign so far in 17 appearances.

We have made these Sint-Truidense VV v KAA Gent predictions for this match preview with the best intentions, but no profits are guaranteed. Please always gamble responsibly, only with money that you can afford to lose. Best of luck.