The La Liga meeting at Estadio Coliseum Alfonso Pérez on Saturday will see home side Getafe ready themselves for the visit of Valencia.

Our Getafe v Valencia tips, poll and stats can be seen in full below - as well as up-to-date odds.

Getafe will be looking for an improved result here following a 1-0 La Liga losing effort in their last game against Real Betis.

An interesting theme in recent Getafe games is the high number of scores with a nil in them.

From their prior six matches before this one, in as many as 5 of them a wager on "Both Teams to Score" would've been a losing one. Despite that, time will tell whether such a trend will be sustained in this match.

Taking a look at their past results, Getafe:

Valencia will go into the meeting after a 2-0 La Liga win with the downing of Celta Vigo in their last game.

In that game, Valencia had 58% possession and 10 shots on goal with 3 on target. For Valencia, the scorers were Manu Vallejo (94') and Kévin Gameiro (98'). Celta de Vigo had 5 shots at goal with 2 of them on target.

During their six most recent matches, Javi Gracia's Valencia have turned their attacks into goals 5 times - earning them a goals scored per game average of 0.83.

Going into this contest, Valencia haven’t won away from home in the past 3 league matches.

A glance at their most recent head-to-head clashes stretching back to 22/01/2019 shows us that Getafe have won 2 of them & Valencia 1, with the tally of draws being 3.

A combined sum of 18 goals were scored between the two sides in these games, with 10 for Azulones and 8 netted by Los Che. That’s an average goals per game of 3.

The last league fixture between these sides was La Liga match day 8 on 01/11/2020 which ended up with the score at Valencia 2-2 Getafe.

On that occasion, Valencia managed 39% possession and 11 attempts at goal with 6 of them on target. Goals were scored by Yunus Musah (22') and Carlos Soler (100').

Getafe manager José Bordalás will be grateful not to have any fitness worries to speak of ahead of this clash owing to a completely injury-free squad ready to go.

We feel that Valencia may find it difficult to get anything against this Getafe side who we think will win and very possibly keep a clean sheet.

We’re therefore seeing a 1-0 win for Getafe at the conclusion of the game. 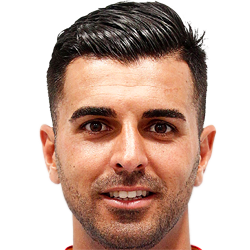 Typically played in the Striker position, Ángel Rodríguez was born in Santa Cruz de Tenerife, Spain. Having made a first senior appearance for Tenerife in the 2005 - 2006 season, the gifted Forward has got 5 league goals in this LaLiga 2020 - 2021 season to date in a total of 23 appearances.

While we have made these predictions for Getafe v Valencia for this match preview with the best of intentions, no profits are guaranteed. Always gamble responsibly, and with what you can afford to lose. Best of luck.