Gillingham host guests Ipswich Town at MEMS Priestfield Stadium in this League One match on Saturday.

Our Gillingham v Ipswich Town tips, poll and stats can be seen in full below - as well as the best betting odds.

Gillingham go into this match following a 0-0 League One drawn result against MK Dons.

It’s been a rare occasion in recent games where Gillingham have shown defensive steel. The reality is that Gillingham have failed to prevent opponents from scoring in 5 of their previous 6 games, giving up 12 goals on the way.

Ipswich Town will come into the match after a 1-0 League One win versus Wycombe Wanderers in their previous match.

The only scorer from Ipswich Town was James Norwood (44').

The stats tell the story, and Ipswich Town have been scored against in 5 of their last 6 matches, with opponents netting 7 goals in total. At the back, Ipswich Town just haven’t been too solid at all. That sort of pattern isn’t assured to be carried forward into this match, though.

Ahead of this meeting, Ipswich Town have not won away from home in their last 3 league games.

Looking over their past head-to-head clashes dating back to 08/10/2019 shows that Gillingham have won 1 of these games and Ipswich Town 4, with the number of draws being 1.

A combined sum of 13 goals were yielded between them during those clashes, with 3 of them from The Gills and 10 coming from The Tractor Boys. That’s an average goals per game of 2.17.

There is just one fitness concern for the Gillingham boss Steve Evans to be concerned with thanks to an otherwise robust group of players. Daniel Adshead (Metatarsal Fracture) is sidelined.

Thanks to a fully injury-free squad available to choose from, the Ipswich Town manager Kieran McKenna has no fitness worries to speak of before this clash.

We feel that over the course of the game, Gillingham could find themselves up against it to register a score against this Ipswich Town side who we think will likely score & stay on top.

We’ve gone for a good tussle with a 0-1 winning score for Ipswich Town at the end of the 90. 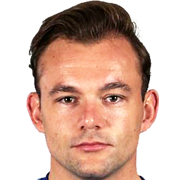 Normally taking to the field in the Left Attacking Midfielder position, Danny Lloyd-McGoldrick was born in Liverpool, England. After making a first senior appearance for Southport in the 2010 - 2011 season, the gifted Midfielder has bagged 3 league goals in this League One 2021 - 2022 season so far from a total of 20 appearances.

We have made these Gillingham v Ipswich Town predictions for this match preview with the best intentions, but no profits are guaranteed. Please always gamble responsibly, only with money that you can afford to lose. Good luck!